On The First Episode Of Weekend With Ramesh, Padma Bhushan Veerendra Heggade Had A Ball

Mr Heggade's family and close friends were invited as surprise guests on the show. Get a glimpse of the preview here. 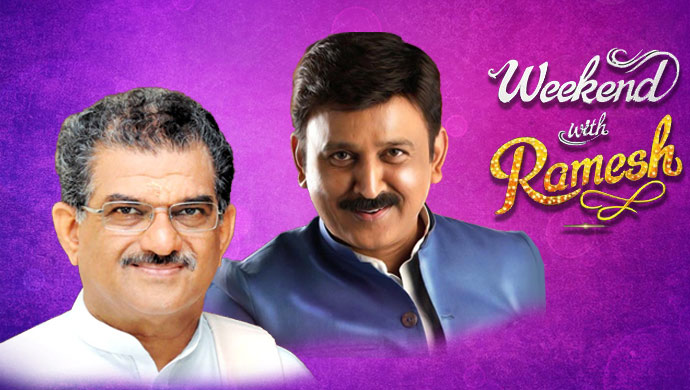 Weekend With Ramesh is more than just a coffee couch and a host chatting with known celebrities. What makes this show different from all others is that it invites not only celebrities but other big names who have contributed immensely to the betterment of the state. Not only this, but the show also discusses in detail about family members, best friends and maybe even nostalgic memories of these guests.

For fans, the good news is that the show has been renewed for its fourth chapter and we couldn’t be more excited. After the Hemmeya Kannadiga awards, we already knew about Mr Heggade’s appearance on Weekend With Ramesh. Guess what? The first episode had already been shot and here are the highlights.

In the following preview, as you can see Mr Heggade’s loved ones, childhood friends and bucket loads of fun is waiting for viewers. Don’t forget that the show will premiere on the 20th of April 2019 at 9:30 PM, that is this weekend.

Give the show and the host a big shout out if you are a fan in the space given below.

A for Ramesh Aravind fans, you can watch his comedy film, Crazy Kutumba on ZEE5.

For Those Of You Who Missed The Kamali-Paaru Jaatre, You Can Now Stream The Whole Event Again On ZEE5