On The 13th Anniversary Of Our Beloved Zee Kannada, 16 Celebs Sent Their Best Wishes

Weekend With Ramesh host Ramesh Aravind has been a part of the Zee Kannada Kutumba since it’s inception in 2006. Don't miss Jaggesh's sweet wishes too 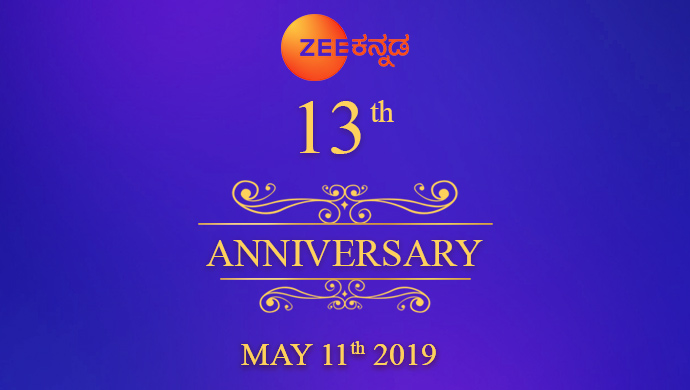 With an apt byline, ‘Bayasida Baagilu Tegeyona’ which translates to ‘Open the door you desire’, Zee Kannada celebrated its 13th Anniversary, on 11th May 2019. A 24-hour General Entertainment Channel (GEC), Zee Kannada has had multitudes of content on it since it started in 2006. This includes primetime TV shows, Movies, Game shows, Talk shows, Reality Shows and Current affair programmes. All fans will be interested to know that as of January 2019, according to a report, for the first time in 13 years, Zee Kannada was the topmost channel in the state.

Thanks to increasingly interesting soap-operas like Gattimela, Kamali and Paaru along with its reality shows like Weekend With Ramesh Season 4 and Sa Re Ga Ma Pa Li’l Champs Season 16, the channel, continues to stay in one of the top positions as of now. With the subscription rate as low as Rs 17/month, it has to be the most affordable online entertainment platform out there, hands down. On its anniversary this year, some of your favourite TV stars including, Deepika Das (Amrutha from Naagini), Thandav Ram (Rama from Jodi Hakki), Abhishek Das (Vicky from Gattimela, Rakshit (Vedanth from Gattimela), Niranjan (Rishi from Kamali), Amulya Gowda (Kamali), Sharath Padmanabh (Aditya from Paaru), Sushma Shekhar (Belli from Yaare Nee Mohini) wished Zee Kannada a very ‘Happy Birthday’. Scroll down if you want to see their messages.

With the recent re-branding of the channel from a matte pink to a gradient orange logo, the leaders of the channel are sure that they are steadily strengthening their relationship with the fans and viewers by curating brilliant storylines and concepts. Weekend With Ramesh Season 4 is one such show on the channel, that brings in a massive fan-following thanks to the gifted actor/host Ramesh Aravind. More wishes from Namma Gundamma (Geetha from Bramhagantu, her husband Lucky (Bharath Bopanna) and Aishwarya Baspure (Maya from Yaare Nee Mohini) are just a scroll away.

This reality chat show is followed by the daily soap, Gattimela. It looks at the story of a middle-class girl Amulya and her nemesis Vedanth Vashitha, a millionaire. Apart from these two, there are many other shows that cumulatively make the channel score high!

Send in your birthday wishes for the channel, in the space provided below.

Vinaya Prasad and Shashikumar, the two recent guests on Weekend With Ramesh Season 4 will keep you entertained with some EXCLUSIVE information about their personal life. Click to watch it on ZEE5 now.

Monday Motivation With Ramesh Ep 4: The Story Of The Aame And Mola, Which One Is You?

Sa Re Ga Ma Pa Li’l Champs Season 16 Recap: The ‘Getup Round’ Will Turn Your Heart To Mush