OMG: Here’s How Kamali Actor Niranjan Looked Like Before He Got The Role Of Rishi

While Rishi Sir of Kamali has an awesome lean figure now, here's how he looked before he entered the show. 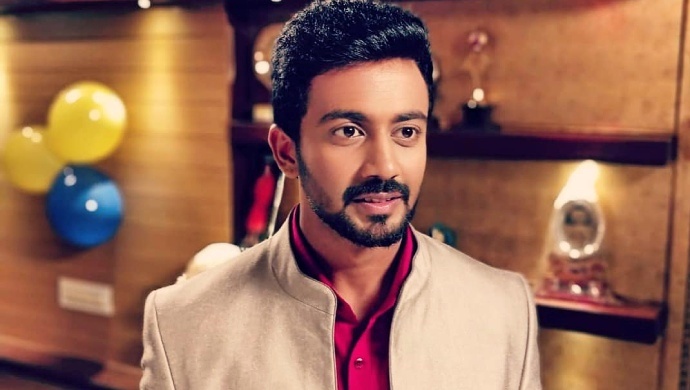 Smitten by his lady-love Kamali, Rishi sir seldom sees or thinks about anything apart from her. While they are facing problems now, you obviously know that things will get better, right? An interesting fact, Niranjan BS, who plays the role of a college professor on Kamali, was not as lean as he is now!

He resembled an ideal stud before he signed up for the show and we can’t keep calm! Here I was thinking that he has been this lean forever, but that all changed when I went surfing on his social media handles. One other thing you should know is that as compared to his colleagues, Niranjan keeps a low-profile on his social media. Therefore, it was difficult to dig up something good about this actor. Nevertheless, his macho stud persona should be enough to make you drool for now. Take a look…

1. Is it just me or does he really look like a baddie in this picture?

2. His style was honestly very sizzling

3. Doesn’t he remind you of a beefed up hunk?

I wouldn’t say that Niranjan looks bad now, he still looks as handsome as ever. His expressions especially are 100% clap-worthy. However, his macho persona is a total crowd-puller and I will not lie!

Which persona of Namma Rishi Sir did you like? Speak to us through the comments section in the space below.

If you like action-packed films, Appu Sir’s Doddmane Hudga mustn’t be missed. Stream it on ZEE5 now!!