NEW Love Story: Jothe Jotheyalli Is About Aryavardhan And Anu Who Have A 25-Year Age Gap!

In this EXCLUSIVE read, find out a little more about the four characters on the show. Aryavardhan, his mother Sharada Devi, Anu and her mother, Pushpa 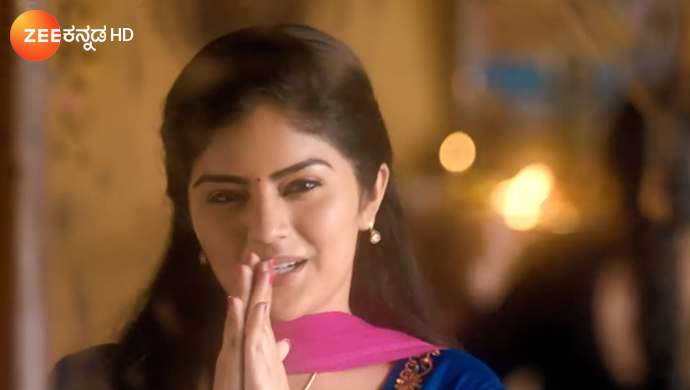 After the latest serial, Radha Kalyana, on the Zee Kannada channel line-up, another romantic drama is on its way to make it into your heart. According to sources, Jothe Jotheyalli is the Kannada version of the Marathi show Tula Pahate Re, on Zee Marathi. An interesting story revolving around the protagonists, 45 years-old Aryavardhan, a successful business tycoon and 20 years-old Anu, who still hasn’t even stepped out of college. The main plot of the story is that they belong to different worlds; with different financial backgrounds and two different decades!

How will these two individuals prove that when two souls are meant for each other, they will find their way to meet? Well, we’ll know soon enough. All we can tell you, for now, is that from the second Anu enters Aryavardhan’s life there is a drastic change in his personal and professional life. While there is still time for the show to begin airing, we were able to gather some information on the lead characters and their mothers as shown in this promo…

And now for the introductions of the first four characters on the show:

Aryavardhan: A rich and successful business tycoon, who is a gentleman in nature. He heads the Aryavardhan Group of Industries and didn’t re-marry since the death of his first wife. Aged 45, Aryavardhan is an extremely calm man, who helps everyone around him, be it in his family or professional life. He has great respect for his mother and obeys everything she says. Well, almost!

Sharada Devi: A very sweet and loving lady, who is extremely fond of her elder son Aryavardhan. So much so, that she worries for him, about whether he will ever find a suitable partner to take care of him. For the same, you will see her conducting many poojas too. Sharada Devi is very protective about her family name and does everything in her power prevent anyone from tarnishing it.

Anu: According to our sources, Anu is still in her final year BBA and is only 20-years-old! An honest, cute and kind girl, Anu has great respect for her parents. Hailing from a lower-middle-class family, Anu knows where to draw the line and has absolutely no regrets about her financial status. Even though she doesn’t accessorize much, her simple-nature makes her exceptionally pretty.

Pushpa: From praying to God for the well-being of her house to asking him for a suitable match for her daughter Anu, meet Pushpa. She is a talkative person as you must have understood from the promo and cannot seldom stop her mouth from running. Her comical nature will give you some ROFL-scenes, so be prepared. Pushpa’s innocent nature, however, works against her as she believes just any and everybody.

Well, that’s it for today. But don’t go anywhere, more character reveals will be coming up soon, just for you.

Aindrita Ray Opposite Shivanna In Action-Thriller Film Bhajarangi Was A Superb Combination. Click Here To Watch The Film On Your ZEE5 Now