Nanditha To Anika: 7 Actresses Who Proved That They Are The Best New-Age Vamps In Business

With a deadly combination of feisty and fierce, these female villains in Kamali, Paaru and Gattimela are sometimes more fun to watch than anyone else 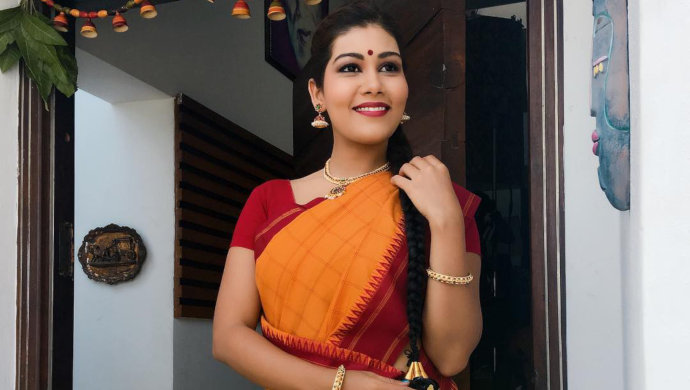 All of you know that without villains, the essence of a hero/heroine will have limited impact. Pallavi Gowda, Rachana Smith, Aishwarya Baspure, Samikshaa, Shobitha Shivanna, Rashmitha Changappa and Shaambhawi Venkatesh who play negative roles in their respective shows, do full justice to their character. Their overall look and the talent prove that these ladies have hit the note of villainy right on target!

Watch how Nanditha gets some good news in this episode:

Majority of the Zee Kannada entertainment shows we see come with a set of characters, both good and bad. It is important to know that villains are those characters that balance the essence of a show. As it is rightfully said, with the good comes the bad, so is the case of TV serials. Without further ado, let’s take a look at our favourite characters in a negative role.

Pallavi Gowda has remarkably done justice to her character on the show. She plays the role of Nanditha and her main aim is to ruin the life of her sister-in-law, Janaki, who comes from a lower financial background than hers. Nanditha’s frustration when she fails to teach Janaki a lesson, or her anger when nothing goes her way in the house, would give you a fright!

#Kamali Monday to Friday on #zeekannada at 7 pm😊

Rachana Smith plays the role of Anika, a modern-day badass for a villain. On the show, she loves all the attention she gets and doesn’t share her space with anyone. So, when Kamali comes along and unknowingly makes Rishi fall head over heels for her, Anika’s ruthless side comes out to play.

Aishwarya Baspure is a commendable actor and has successfully established a name for herself in the negative role of Maya. Her villainy is the mix of the old and new. She has countless ideas to either maim or kill Belli, for falling in love with the man she is supposed to marry. While Muttu prefers to stay out of women-business, Maya ends up harassing Belli every chance she gets. Her schemes will startle you.

Paradise I need ..where the space for pure soul is much indeed 🙌🏻👸🏼

Samiksha plays the role of Shanaya, who is a very outspoken woman and cares little for what others think of her. She treats her boyfriend (Subbalakshmi’s husband) as a servant but won’t let him go back to his married life. What you probably don’t know is that she gets super annoyed when Subbu tries to steal Guru’s attention even for 5 minutes.

Shobitha Shivanna could not have played a better role than Pinky, the ever-so-jealous sister-in-law. On the show, despite having a family of her own, she always tries to put Geetha to shame. The lengths she has gone to make sure Sumathi scolds Geetha will give you a startle. Make sure to watch the show to know what we mean.

The new show Gattimela on Zee Kannada has it’s very own villain, Amulya’s cousin Sarika aka Rashmitha Changappa. This lady hates the Manjunath family especially the sisters because of their lower-class. Her arch nemesis Amulya gets on her nerves because she is very popular amongst the relatives.

Shaambhawi Venkatesh aka Disha from Paaru hates anyone who is poor, just like her soul sister Sarika from Gattimela. Disha especially hates Paaru because Akhila aunty has started liking her and so does Preethu. A grrr feeling for her for sure!

While I personally love the heroes in any show, the villains bring in the balance and keep the whole concept together.

Who was your favourite villain on the list? Did we miss out any of the prominent vamps? Don’t forget to share your thoughts and comments in the space given below.

Need Monday Motivation? These 6 Songs Will Kickstart Your Working Week With A Bang