Pallavi Gowda aka Nanditha Of Jodi Hakki will uplift your boredom in an instant. Watch these videos if you don't believe us. 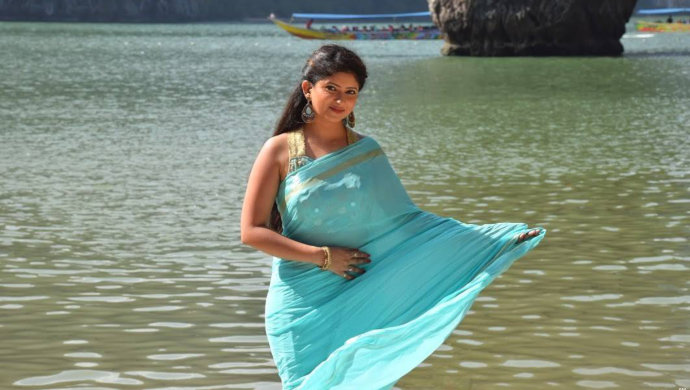 Pallavi Gowda, from Jodi Hakki, loves doing cool stuff to keep herself busy. These include making music videos for entertainment and wearing stunning traditional outfits for her fans. While she might look scary in her role as Nanditha, she is a real sweetheart off-shoots.

Watch Madhavayya’s desperation to get Rama out of the house in this episode:

These five coolest videos of Pallavi will showcase both her acting and entertaining skills!

1. Pallavi says I Love You

If you ever wanted to hear the words I love you from Pallavi, here is your chance. As a bonus, she blushes in the end!

With such beautiful lyrics, Pallavi looks like a princess singing for her one true love. Your thoughts?

3. She is a total survivor

Remember the song Survivor from Destiny’s Child? Here is Pallavi’s take on this woman-empowering song. You will be amazed at her amateur editing skills too.

4. A conversation with little Krishna

Nanditha looks so playful while enacting this song for baby Krishna. The way she calls out to him is adorable to watch.

This dialogue might be funny but Pallavi doesn’t look like she is joking. However, her reaction towards the end got me rolling on the floor, laughing.

I am a big fan of this Jodi Hakki actress because she can depict almost any emotion like a pro. She can be mean, rude, pretty, happy, cute, shy and any other emotion you can think of. Her expressive eyes are like the icing on a unicorn cake!

Did these videos keep you entertained? Which video did you like the best? Write in your comments in the section below.