Last week, Amrutha and Arjun both try to find one another but thanks to Urmila, Vishnu and Rudra, they still haven't found their way to each other! 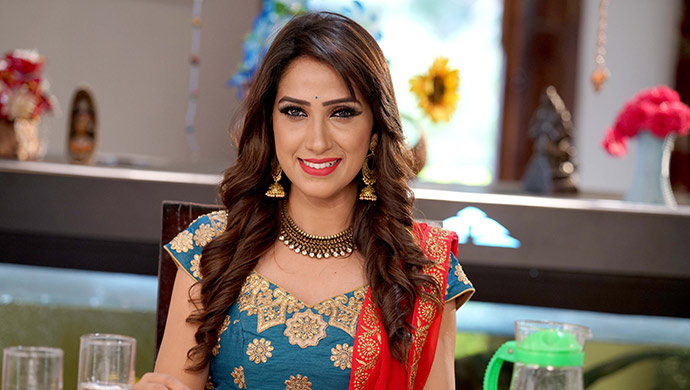 Previously on Naagini, Amrutha who is held captive is released a day before Nagarapanchami, thanks to the Nagaraj’s help. She then leaves the ant-hill slithering out like a snake and goes to Vaishnavi’s home, much to their relief. Elsewhere, when Hema and her mother-in-law are making preparations for the pooja tomorrow, Vishnu makes it clear to them that since Arjun is a Nagayodha, he cannot be taken for the pooja. Elsewhere Dakshyani finds out about Amrutha’s true nature as they are doing the Nagarapanchami pooja.

Amrutha soon tries to take Arjun with her to Nagalok but due to Urmila’s magic, the latter betrays the former. Later, Bhairavi Baba and Urmila unite against a common enemy, aka Amrutha. Despite many attempts from Amrutha, everything tries to do fix things goes against. In the process, Vishnu and Rudra attack and maim Dakshayani too. Let’s take a look at what happened since then…

1. In an attempt to save Dakshayani when Amrutha leaves the sacred circle, Rudra and Vishnu capture her

2. Elsewhere, Urmila is impressed by Bhairava’s talents after learning that Amrutha is captured

3. She, however, gets upset to learn that Arjun is planning to go and save Amrutha from harm

4. Amrutha is soon brought in front of Bhairavi and is tied with some magical talisman

5. As she is screaming in pain, the mystical chakra she had used before comes to save her

6. As she is sending her last prayers to God, the Chakra prevents Bhairavi from killing Naagini

7. Instead, it drives Bhairava, Vishnu and Rudra out of there

8. Thanking the divine powers from above, Amrutha asks the Chakra to punish those who have wronged her and transforms into a snake to follow them

9. At Arjun’s home later, Vishnu and Rudra tell Mani that if the former isn’t interested in marriage can’t force him

10. Mani aka Urmila retaliated and blames Arjun for bringing her home in the first place if he didn’t want to marry her

11. With her powers, she captures Arjun’s heart once again and makes him blame all that he said on his mother

13. As Arjun takes Urmila for an outing the next day, Bhairava stops them in their tracks

14. When Bhairava discloses Urmila’s identity, she snaps back at him he can’t do anything to her

15. Bhairava and Urmila then have a fight with their magical powers and try to harm one another

16. The next day, Amrutha remembers Dakshayani’s words as to how to fix her wedding and stands as a beggar near a temple as instructed

17. She doesn’t find any luck but keeps begging for alms on the side of the road

18. Taking God’s name Amrutha continues to beg with a new zeal and succeeds in getting help

19. Elsewhere, Urmila makes the perfect plan to abduct Arjun and take him to the Apsara Loka, where she is from

Will Urmila be successful? Or will Amrutha be able to save her? To find out, stay tuned to the next week’s update.

Amitabh Bachchan To Sanjay Dutt: 7 Bollywood Stars Who Are/Want To Be A Part Of Sandalwood