Shivani realises that Adisesha has taken the form of Trishul. She also doesn't know that the boy who has been following her is the latter! 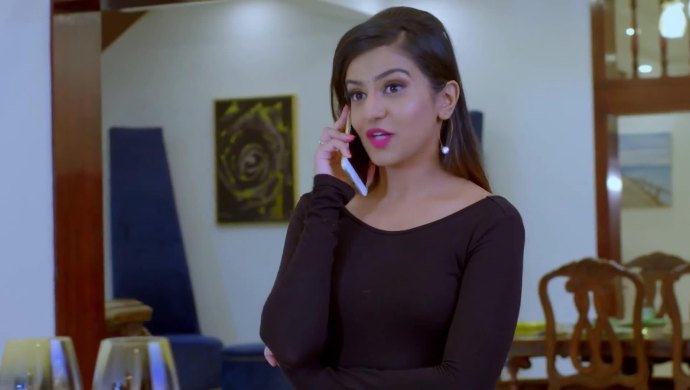 In the previous episode of Naagini 2, Trishul discovers that Shivani, whom he had met the previous night, happens to be his neighbour. However, as she is dressed up differently, he doubts if she is the same girl that he met. Trivikrama’s father, on the other hand, tells everyone in the house that no new girl must be entertained into their house as there are chances that she is a female serpent who is trying to get back the naagamani that they have protected for all these years. He also suspects that the girl who lives opposite their house is a snake serpent.

Shivani comes to visit Trishul’s mother. His father, however, tells her not to meet her as she has a fever. As he knows that Shivani might be a female serpent, he chases her away and shuts the door on her face.

Shivani comes back crying and tells Nili that Adisesha had taken the form of Trishul and while he was so close to her, she failed to recognise him. Neeli tries to console her but Shivani continues to cry. However, Shivani is still ignorant about the fact that the boy who has been trying to confess his love to her is Adeisha and thinks of Digvijay’s son as Trishul.

Later that day, Shivani’s friends get his number. She calls him and asks him to meet her at Lover’s Park that evening. While she doesn’t reveal who she is, she tells him that he will have to find her when he comes to the park.

When she sees Trishul in the park, she gets furious and tells her friends to take him away. She then goes on to search for her Adisesha. Later that night, Shivani tells them that she couldn’t find Adishesha while her friends tell her that they heard the sounds of a snake charmer which is why they couldn’t take Trishul away.

Just then Adisesha’s mother, Naagamatha, comes to meet Shivani. She tells her to beware of her surroundings and take care of herself.

The next day, Shivani and Trishul make plans to meet each other again. Shivani also decides to go into Digvijay’s house which can be very dangerous for her. Her friends try to warn her, but she says that this is the only chance she will get to meet her Adisesha and cannot miss this chance of reuniting with her lover.

Shivani goes into the house and happens to meet Trivikrama while Digvijay has organised a ritual that must be performed.

Here's How You Can Avail Free ZEE5 Subscription On Airtel Thanks