14 years after Shivani was captured by the snake charmer, Guruji returns her to human form; Swami tells the family that Trivikrama's life is in danger 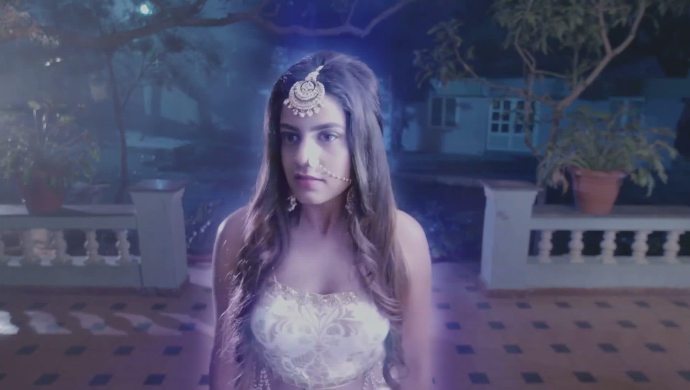 In the previous episode of Naagini 2, Trivikrama is hypnotised by Shivani, who wants to tell him her true identity and make him remember his life as Adisesha. Just as she begins to tell him, Trishul comes to his rescue, asking what he is doing with an unknown woman. On the other hand, Nandisha and his boss go to the tantric to tell him that odd things have been happening in their house. The tantric tells him that the girl who has visited the house is the lover of Adisesha—the man they killed nine years ago. He also tells them that she has come to avenge the death of her husband.

Fourteen years have passed since Shivani was captured by the snake charmer, and Trishul and Trivikrama have grown up, too. Trivikrama is intoxicated while Trishul is driving the car. The two begin to argue about who should drive the car. Trivikrama decides to drive while he is intoxicated.

Just as he is driving, Trivikrama hits a tree. He tells Trishul to call a mechanic while he waits for him. As Trishul leaves, the two see a tiger and run from it.

Meanwhile, at home, a Swamiji informs the family members that Trivikrama must be married as his life is in danger. He also says that he must get married within one month or he might even lose his life.

Elsewhere, the Guruji who helped Shivani is trying to bring her back from where she has been unconscious for years. After performing certain rituals, Shivani regains consciousness and immediately goes in search of Trishul and Trivikrama.

Shivani takes the form of a village girl and purposely runs into Trishul and Trivikrama in the forest. While Trivikrama is sleeping in the car, Trishul volunteers to drop Shivani who tells him that she is lost.

The next morning, Trishul tells Trivikrama about a girl that he met the previous night and the fact that he dropped her off. He also tells him how beautiful she was and describes her behaviour.

Shivani and her other serpent friends take the form of human beings to help her find the true Adisesha. However, they also discover that there is a certain force that is preventing her from getting close to Adisesha.