Naagini 2 Promo: The Highly-Anticipated Show Is Back With A More Twisted Tale This Time 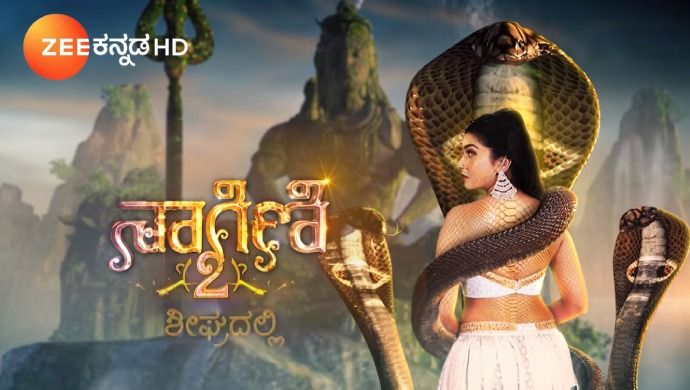 Naagini 2 is all set to return with a bang. The revenge saga will premiere on February 17, 2020, in the primetime slot. The promo shows a female serpent, Shivani, in human form, uniting with her lover Aadhisesha, a male serpent. As the two unite, a number of men who try to possess the naagamani, shoot Aadhisesha and he dies in the arms of his lover. Namratha Gowda, who plays the role of Shivani, is enraged with the situation and sets out to avenge the death of her lover with the Shivalinga standing as a witness to her challenge.

The story will begin with two snakes, who come across each other near a particular tree, where they both wish to reside. The two are crawling and spinning around each other. As they begin to fight, they come across a Shivalinga. Having come in contact with the lingam, the two snakes take the form of humans, after which life takes a turn for them.

Here’s a look of Namratha Gowda from Naagini 2

The show, which has been directed by the prominent maker Ramji, will be a partial continuation of the first season. Starring Namratha Gowda and JK, the show will witness a total of 28 well-known faces including Mohan who plays the negative lead, Jennifer, Pranav, Shwetha M.M to name a few. Ramji also hinted that a team in Mumbai will be brought on board to handle certain aspects of production.

Naagini 1, which was directed by Hayavadana and starred Deepika Das and Deekshith Shetty, completed 1,000 episodes and had a huge following due to its innovative plot. The story revolved around Amrutha played by Deepika and her journey to avenge the death of her parents King Naagaraja played by Master Sanjay and Queen Nagarani played by Jayashree Raj, who are killed to secure the Naagamani (snake gem).

Catch all episodes of Naagini exclusively on ZEE5!

Naagini’s Amrutha And Arjun Reveal Their Feelings On Completing 900…

Catch Your Favourite Priyamani Bringing Polka Dots Back And How!

Here’s Why Everyone Needs A Partner Like Gattimela's Amulya