Amrutha finds Shesha in her last moments. An ending that will make you sad for sure. Learn what else happened on Naagin last week. 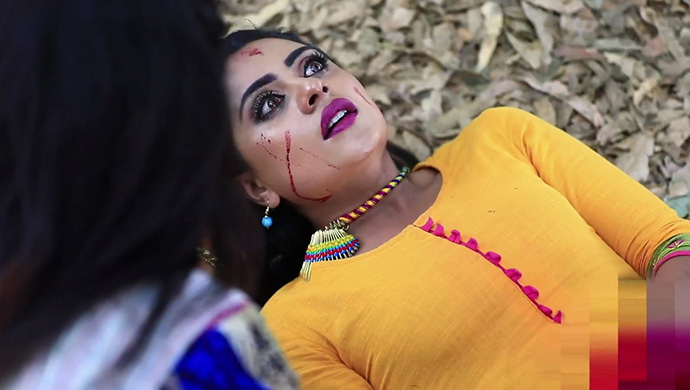 If you are a fan of the hit Zee Kannada Show Naagini, then you will know that Vishnu has been after the Nagamani since like forever. His nemesis, his daughter-in-law, Amrutha (played by actress Deepika Das) is the princess of Naga Loka, who has come to earth to retrieve the Nagamani. However, in the process, she falls in love with a human, Arjun (Dheekshith Shetty), her husband. Despite Vishnu’s million attempts to get his hands on the Nagamani (with evil intentions of course) Amrutha always stands in the way. Her snake form, Shesha, is like a guardian angel, and together it was their mission to retrieve the sacred artefact together, until recently.

In a gruesome faceoff, Bhairava, Vishnu and his younger brother Rudra’s guru, attacks Shesha. Let’s look at the highpoints since then.

1. Shesha is brutally stabbed by Bhairava with his Trishul

2. Amrutha reaches Shesha in time to be with her in her final moments

3. Shesha dies with some crucial information about the Nagamani with her

4. The repeated sound of anklets at night awakens Arjun and makes him attracted towards it

5. The Enchantress, promises to exact vengeance from Arjun and continues to trouble him

6. From then on, Arjun becomes a sleep-walker

7. One night, his grandmother spots him and is shocked to see him coldly walk out the door

8. Soon, the enchantress, Urmila, reveals her true identity to Arjun, who is entranced by her

9. However, when she later makes an attempt to kill Arjun, the Nagamani inside him protects him

10. Amrutha wakes up the next day and finds Arjun gone

11. While searching for Arjun, she comes across Rudra and promises to teach him and Vishnu a lesson, if she finds that they have killed Shesha

12. Amrutha pretends to be Shesha’s ghost and tortures Rudra to speak the truth

13. Thanks to Vishnu, he soon realises it was all in his mind

14. Later, ‘Shesha’s ghost’ haunts Vishnu too, but this time Hema finds him in a mentally disturbed state

15. This drives Vishnu to wonder who this apparition really is; Shesha or Amrutha?

16. That night, a massive snake blocks the path of Rudra and Vishnu

17. So, they abandon their car and make a run for it

18. As fate would have it, they enter a cave assuming that it will be safe but end up in the huge snake’s mouth

19. Bhairava is startled to hear the cries of these two and decides to find out what is going on

20. In the end, he promises to make the snake pay for trying to kill his most prized pupils

What will Bhairava do next? Will he figure out that Shesha hasn’t returned? Stay tuned to find out.

Watch your favourite shows on Zee Kannada, now on the ZEE5 platform, for free.

The Golden Star Ganesh In Auto Raja Is Exactly The Movie You Need To See This Weekend. Click Here To Stream It On ZEE5.