Rachita Ram spoke about her experience with Nikhil Kumaraswamy and his family while shooting for Seetharama Kalyana. Get more detailed info here! 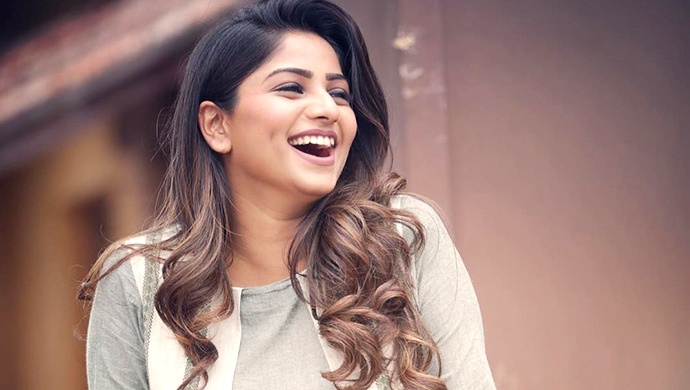 Seetharama Kalyana which is a romance-action family drama is releasing tomorrow, so bookmark it for this weekend if you wouldn’t be able to watch it tomorrow, on 11th July 2019. Starring in the lead roles are Rachita Ram and Nikhil Kumaraswamy as Geetha and Arya, respectively. Packed with loads of entertainment this romantic flick is directed by A Harsha and produced by Anitha Kumaraswamy. And with a supporting cast like P Ravishankar, Girija Lokesh, Madhoo and Chikkanna, the film is sure to keep you well-gripped.

Today we will take a look at the actress Rachita Ram’s thoughts about the film in detail. So according to a leading media portal, the humble actress first got down to telling fans about her approach towards accepting any film. Rachita began by explaining her thought process in which she thinks about how good her role is whenever a film project is offered to her. Along with this she also claimed that she always sees the amount of scope her character will have for that particular film. If that works out everything is sorted.

She then went onto give a small description of her character which is that of an extremely pampered child. She said, “Yes, my character is a spoilt brat and a complete daddy’s girl. Her father listens to whatever she says and never says no to her. She is the most pampered child in the family, but she’s also sweet, sentimental and emotional. She loves her family, especially her father. I am also like that in real life; I am pampered and my parents listen to whatever I say. This is why I could easily connect with my character — we’re almost the same.”

Further, he also shared her experience with fellow cast members. According to her, Seetharama Kalyana gave her the chance to meet many people on and offsets, including the lead actor Nikhil Kumaraswamy. Rachita called it a ‘privilege’ that she got to meet Chief Minister HD Kumaraswamy and his wife Anita Kumaraswamy, whenever they would pay a visit to the sets. For her, they were all one big happy family, Especially the actors P Ravishankar and Madhoo, who played the roles of Geetha’s parents in the film. The Natasaarvabhowma actress claimed to have been pampered by her onscreen parents during the shoots. Apart from this, every day was like a celebration for hr onsets with colourful clothes, lots of people and superbly made grand sets.

Who else is excited to watch this film? I know I am. Wish the actors good luck for the digital premiere airing on ZEE5 tomorrow.

Do You Think Namma Appu Sir Is The Cutest Star In Sandalwood? Watch His Hit Family Drama Film Doddmane Hudge, Right Here On The ZEE5 Platform If Your Answer Is Yes