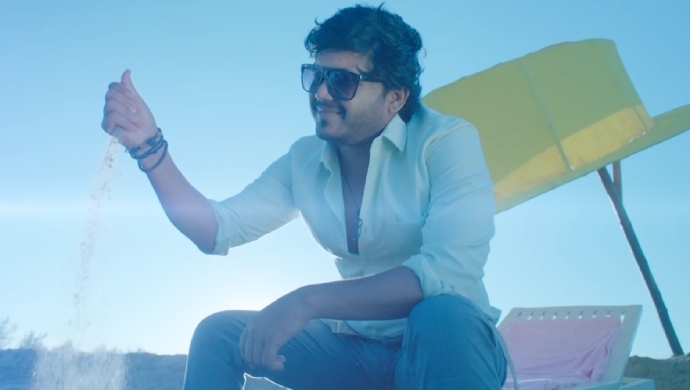 Based on a simple yet intriguing concept, Mugulu Nage has a refreshing story. Directed and written by Yogaraj Bhat, this film will take you through an in-depth lesson on love. Golden Star Ganesh plays the protagonist in the film alongside a panel of four actresses, who play his love interests.

The leads have totally taken charge of carrying the banner of Mugulu Nage forward, but we have to take a moment to give these supporting actors some credit.

A talented actor who has contributed to other hit films such as Beautiful Mansugalu, Idolle Ramayana and Ragini IPS, Achyuth Kumar plays the important role of Pulkesh’s father in Mugulu Nage. While Pulkesh is a carefree man who cannot cry, his father plays the character of a worried father who tries to help his son in all his endeavours.

Although not a big role in the film the screen time given to the veteran Ananth Nag, who plays the role of the doctor that delivered Pulkesh, is enough to make an impact. He consoles Pulkesh’s father about the fact that his child was born laughing and it is completely natural. A convincing scene that!

Rangayana Raghu is another veteran who is also associated with various other films such as Idolle Ramayana, Melkote Manja, and Nagarahavu. He plays the role of Chaaru’s father in Mugulu Nage. His acting talents especially the comedy side is fabulous and one can say almost unmatched. You will also get a chance to see Rangarayana in an emotional state in Mugulu Nage (a surprising scene for sure!).

Having worked in the hit film Kirik Party before, Chandan performed brilliantly as Pulkesh’s friend in the film. His character helped Pulkesh in his lowest of times. A true friend indeed!

Along with Chandan, Dharmanna too played the role of a friend in Pulkesh’s closest circle of buddies. The good thing depicted in the film is that his friends are a great influence on Pulkesh’s life. They also stay with him through thick and thin. A small piece of advice: If you have friends like them, never let them go!

Playing the role of Pulkesh’s mother, Niharika has nailed her role to the bone. A supportive mom towards her son, no matter the obstacles is the perfect way Niharika has justified this character. To see their emotional moments go watch the movie now.

Did we miss out on any actor in a supporting role? The space given below is open for your comments.

If you want to see more of Namma Golden Star, click here.

Do You Know Why Raaga Director PC Shekhar Selected Bhama For The Role Of Anusuya?