If music is your soul, these songs from the Golden Star Ganesh starrer Mugulu Nage will keep you mesmerized till the last second. 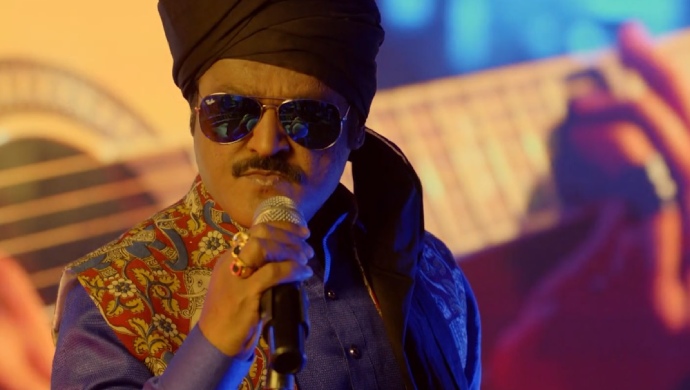 Music is an imperative part of any film belonging to any genre. The background score, the special sound effects and the songs perfectly coincide with a film to give it life. Even silent films are not so silent as they have some sort of background music even though there are no dialogues. Having said that, the songs in any film are only as popular as the fans who relate to it. Directed by Namma Bhatru, Mugulu Nage is one such film which has superb songs.

To listen to the melodious songs of Mugulu Nage, watch the film here:

Starring Golden Star Ganesh as Pulkesh, the movie looks at different aspects of his love life owing to the fact that he hasn’t cried even once since he was born. All the songs in the film represent each phase of his life.

Ready to tap your feet to some amazing tunes? Stay tuned…

A romantic song of the time when Pulkesh falls in love with Vaishali (played by Ashika Ranganath). It is sung by Shreya Ghoshal, so it is a given that the song is heavenly.

Shortly after Vaishali (Ashika Rangnath) and Pulkesh (Ganesh) break-up, he heads to a bar to find Namma Jaggesh in a cameo appearance. Amara Hale Nenapu is an attempt to make Pulkesh forget about his past. Enter his second love interest…Siri (Nikitha Narayan).

A romantic duet that takes place shortly after Pulkesh moves into Siri’s house. The scenic views and the talent of the cinematographer will drift you away into a world of dreams.

A catchy song during which, Pulkesh’s friends take him away to meet his next prospective love interest. He is taken for a trip by his friends after the break-up with Siri.

Finally, Charu (Apoorva Arora), who is a simple village girl, who doesn’t know the L of love, steps into Pulkesh’s life. While their love story fails as soon as it begins, their chemistry is worth the watch.

We sure hope you had a great time listening to these songs as I surely did. Each song is unique to some point of Pulkesh’s life and hence gives us the correct variety needed.

Which was your favourite song? Why did you like the song? Let us know your thoughts and comments in the box below with #BestSongsOfMuguluNage

If You Are A Fan Of Sunny Leone, The ZEE5 Original Series Karenjit Kaur Should Be On Your Binge-Watch List