Mr And Mrs Rangegowda: All The Traits Aishwarya Possesses That Make Her A Successful Woman

Aishwarya is loving, caring, compassionate, self-made and fights for her rights. Read to find out more about this inspiring character. 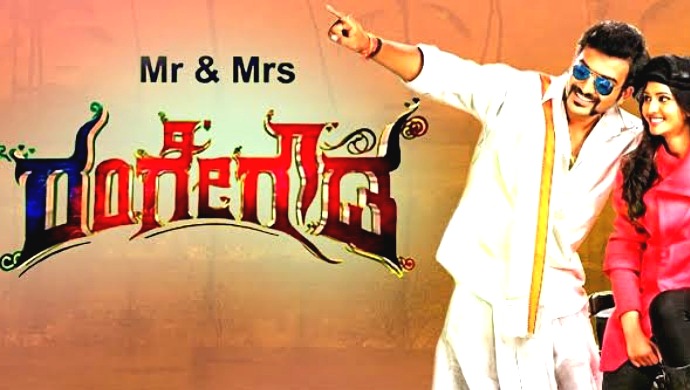 The story of Mr And Mrs Rangegowda revolves around Rangegowda-played by Raghu- a villager who has not completed his education and Aishwarya, essayed by Amruta Ramammurthy, who is determined to marry an educated man. However, the two unexpectedly fall in love and turn out to be the perfect partner for each other. Meanwhile, Aishwarya serves as a source of inspiration for many women. Here’s how!

Aishwarya always has a positive outlook towards life. Be it personally or professionally, she believes in herself and resolves to make positive changes in her life. This optimistic approach not only helps her become the perfect companion but also makes her successful in whatever she pursues.

Women who’ve struggled in their lives tend to possess a beautiful amount of inner strength. Aishwarya, too, uses this adversity to her advantage when she fights all the obstacles that are thrown her way by Rangegowda’s family who are not comfortable with such an educated girl becoming a part of their family. However, she manages to change their perspective about her after which they become accepting of her.

Aishwarya is soft-hearted and loving. She has always shown Rangegowda and his family a lot of love which helps them accept her. She also does everything to help Rangegowda’s inferiority complex of being illiterate and the two begin to understand each other.

While Aishwarya is determined to acquire and share knowledge while becoming a teacher, she is focused on making a name for herself and also educating the villagers in society. She also takes it upon herself to bring her father-in-law back to the house who has been thrown out by Rangegowda’s stepmother so that he can help Rangegowda with his problems.

Rangegowda’s stepmother doesn’t allow him to study and focuses on acquiring all the property that is in his name. While Rangegowda thinks of her as someone who cares for him, Aishwarya becomes aware of her intentions and works towards exposing the truth out so that she doesn’t create more stress in Rangegowda’s life.

Catch Aishwarya in all episodes of Mr And Mrs Rangegowda exclusively on ZEE5!