Sunny loves her family more than anything in the world, especially her father, who stood by her when no one else did! Meet the whole Vohra family! 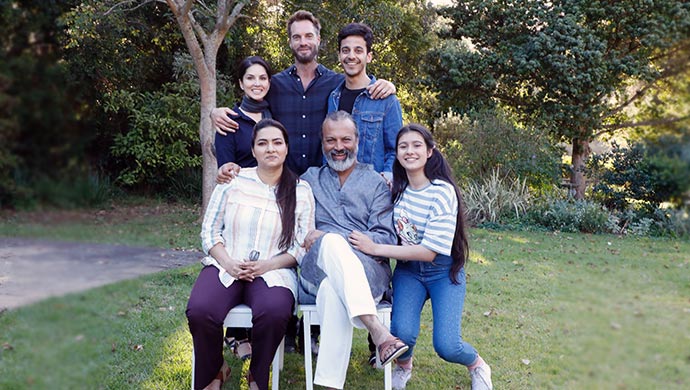 Being India’s first actor to star in her own biopic, Sunny Leone Aka Karenjit Kaur Vohra has reached massive heights of success in Bollywood. The ZEE5 Original Series, Karenjit Kaur: The Untold Story Of Sunny Leone, looks at the journey of this actress from a nobody belonging to a middle-class family to one of the top stars in Bollywood.

According to me, a majority of the credit for the success of this show goes to her family, which is the perfect representation of the good, the bad and the ugly! The good is her parents, the bad is her extended family whereas the ugly are the problems that were created between her family and her uncle’s family. Now, let’s take a look at the wonderful actors who played Sunny’s family making the show all the more relatable.

While Sunny Leone has played her own self after she grows up, it is great to see her chemistry with her reel-family. Each of these actors has played out their part brilliantly (To verify, watch the show now!).

Season 3 is on its way, but no one said you can’t watch Seasons 1 and 2 right here on ZEE5.

If You Missed Watching The Hemmeya Kannadiga Awards 2019, Stream It Here For Free On ZEE5