Manoranjan was anxious and nervous as his daddy dearest was listening to a run-through of the story! Luckily his was a happy ending in this matter. 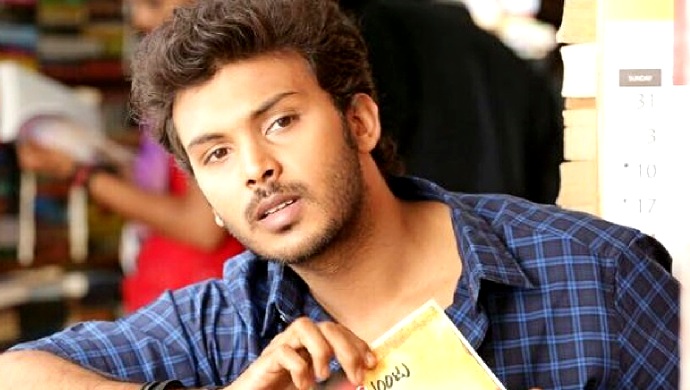 With a supporting cast like the legend Lakshmi and Bullet Prakash, S Bharath does complete justice to the storyline of his comeback film Saheba. Starring Manoranjan Ravichandran (as Manu) and Shanvi Srivastava (as Nandini/Aditi), the movie is filled with good morals throughout. While it is a love story of sorts, the makers gave more importance to the screenplay and narration in the movie.

For a dose of inspiration, watch Saheba here:

While speaking to a daily about his overall experience as a newbie, Manoranjan said, “I know that there are many expectations, considering I am my father’s son. But, I don’t want to give in to them and be typecast into an image. I don’t want to be branded as someone who does only one type of films. I’m hoping to take it one film at a time.”

The actor, however, had absolutely no problem being called his father’s look-alike from the 80s. In fact, he appreciated the gesture by saying, “I feel happy. During the shoot, the director used to tell me that I look and behave a lot like Ravi sir onscreen and that he needed me to change that. It’s not that I was doing it intentionally or that I was imitating dad, it came to me naturally. The fact that I look like my dad, well, a lot of people have told me that. I look at it as a positive sign. If they see the Ravichandran of the 80s and 90s in me, I think it’s great.”

When asked about what his father’s reaction was, the Saheba actor said, “With Saheba, he only decided the subject. First, I had heard the story and told him that I liked it. Then, he heard it, which was a scary moment. Normally, if someone narrates a story, he needs only five minutes to tell him to leave if it is bad.”

Apparently, Namma Crazy Star cancelled his usual interval break to intently listen to the rest of the script from Bharath. Not only was Manoranjan surprised by this, but he also claimed that it was his happiest moment. A reserved person by nature, Manoranjan has a close-knit circle of besties, that he adores. He is what you call the ‘ideal son’ because of his admiration for his father, V Ravichandran. Breaking the stereotype, this actor can be called daddy’s perfect boy, don’t you think?

I am convinced that this film is all about good values advertised by a set of talented actors. Exactly why you must gather your family and binge-watch this adorable with them movie right away.

What about Manoranjan Ravichandran do you like the most? Share in your thoughts and comments in the space below.

A shout out to all Crazy Star fans. You can now watch his movies on ZEE5!

What Would The Love Story Of A Woman And A Tomato Look Like? The ZEE5 Original Series Tamashree Has The Answer

Inspired By Gurumurthy’s Love For The Camera, Here Are 5 Tips For Amateur Photographers