Mahadevi Completes 1000 Episodes And Zee Kannada Kutumba Has Made A Hilarious Video! Watch

Yes! Get the excitement going because 1000 episodes are not too far away and to celebrate and make you laugh, Zee Kannada has a special tribute! 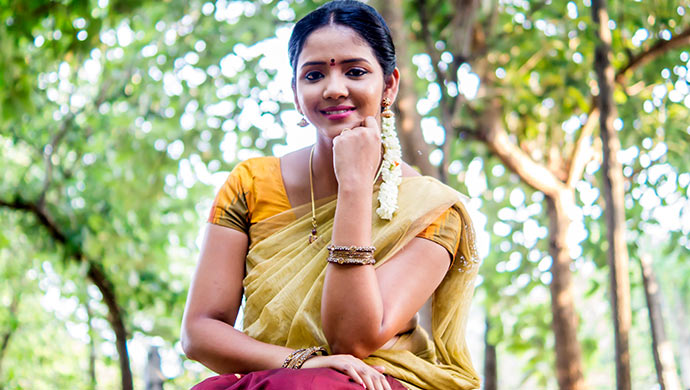 If you are a religious person and love shows like that, Mahadevi on Zee Kannada will keep you set for life. It is a show about a young girl named Hiranmayi and her utmost devotion and faith in God. Until sometime back, Hiranmayi was just a little girl, who won the hearts of almost everyone she met. The makers of the show had to then inculcate a time leap and introduce actress Gagana as the youthful Hiranmayi, who lost her family some years ago. She then comes to the house of a pious man named Varadharaj and becomes his foster child. However, his real daughter Katyayani hates Hiranmayi and would do anything to see her in turmoil and pain.

Now comes the real twist. Her supposed true love Soorya is an arrogant man for whom respect is not a word he uses quite often. Although initially Hiranmayi hated him and sent him to jail even, now he has turned things in his favour by lying to her and pretending to be in love with the girl he tried to kill. But will she learn his truth? And how will she change his vicious nature into a good one? Only time will tell!

Also, some good news awaits if you are a fan. The show is well on its way to hitting the 1000 episodes mark this week. And as a tribute, the Zee Kannada Kutumba has made a small blooper video of the cast for you to sit back and enjoy. Ready? Keep Scrolling…

Was that hilarious or what? Aren’t you excited that your favourite show has reached to this point? Give a shout out to your favourite cast member on show Mahadevi in the comments box provided below.

Watch your favourite Zee Kannada shows, for free on the ZEE5 platform for more entertainment.