Mahadevi 24-30 May 2019 Weekly Recap: Trouble Is Brewing For Katyayani At Her Wedding

Last week saw many developments on the show Mahadevi. One being Katyayani given sedatives at a parlour, the other one is Soorya’s completely new look! 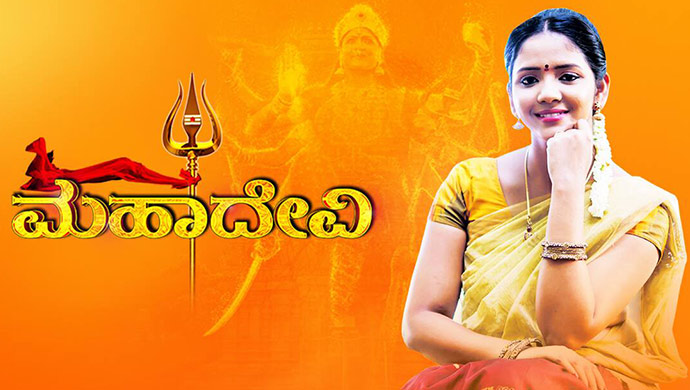 With Katyayani’s increasing hate for Hiranmayi, it was only natural for a major explosion to happen, right? So what did Hiranmayi do? She gave a false statement in court by giving into Gayathri’s threat to keep Katyayani happy after her marriage as well as tried to eliminate her step-sister’s own hatred for her. However, her plan to gain Katyayani’s trust went down the drain, instead, Shivu ended up getting furious with Hiranmayi for speaking lies. Coming to Soorya, the last week saw him an absolutely new avatar. This included not only his clothes but his behaviour and personality as well.

Without giving away anything further, here are the best highlights of last week, for your reading and visual entertainment.

1. Guilty about giving a false statement in the court, Hiranmayi tells Ganesh of her plan to leave for good

2. Varadharaj overhears her and flushes out the truth from Hiranmayi about what Katyayani and Gayathri aunty made her do

3. Hiranmayi tries to pacify an angry Shivu by trying to make him understand that she did what she did for a reason

4. Samarth is proud of his brother Soorya, for turning a new leaf and for the better

5. Hiranmayi makes Shivu have lunch before he goes out, with all her love

6. Soon, Soorya and Samarth’s presence at her house surprises Hiranmayi because of the former’s all-new avatar

7. Hiranmayi doesn’t suspect a thing, but Srilakshmi has a hard time believing that Soorya has changed

8. Katyayani falls prey to an offer at the parlour, which is actually a plan of the Dharmadhikari

9. After Katyayani sends her uncle out of the parlour, a server gives her a glass of juice with sedatives

10. Soorya thanks Hiranmayi for sending him to jail, much to everyone’s surprise

11. Soorya soon asks Hiranmayi what it is that he can do to prove to her that he really has changed

12. Hiranmayi is happy when he accepts her terms to get married to Geetha

13. Later, Hiranmayi spots Soorya asking Geetha’s father for her hand in marriage and finally believes him

14. The Dharmadhikari is happy that his plan for Katyayani and Varadharaj worked

15. Varadharaj and his wife are initially surprised to see Katyayani emotional, but she corrects them by saying that these are happy tears because she is leaving this dreaded house

16. While getting ready for her wedding, Katyayani gets an unknown visitor to her doorstep and asks about his identity

17. After he leaves she receives some alarming images of her and that man on her phone and wonders where she did all this with him

18. She then rushes to her hall to find out where he went and is taken aback to see him seated in the audience

19. Katyayani places her doubts on Hiranmayi, thinking that she is only one who could do such a thing

Will she find out the true culprit behind this? What will happen at the wedding now? Find out in the next episode.

The latest episodes of Yaare Nee Mohini is available here on ZEE5.

8MM Bullet Is A Film You Cannot Miss If You Like Serious Stories With A Good Ending. Click Here To Watch The Film On The ZEE5 Platform

Gattimela 31 May 2019 Written Update Of Full Episode: Amulya Is All Over Vedanth's Mind