Mahadevi 07-13 May 2019 Recap: Katyayani’s Hate Grows For Hiranmayi As Each Second Passes

While Gayathri wants Samarth's engagement to go on without disruptions, Katyayani thinks otherwise. Also, the Dharmadhikari takes a drastic step! 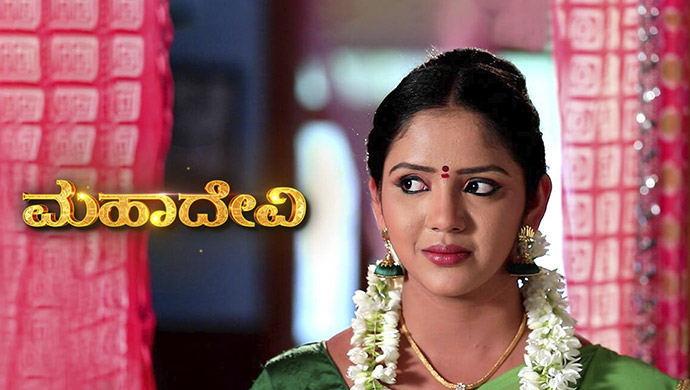 Mahadevi is a show on Zee Kannada, based on devotion and religious beliefs of a young girl named Hiranmayi. All fans of the show will know that until sometime back, the role of Hiranmayi was played by a little girl after which a leap happened on the show and now actress Gagana plays that role. Also, after the jump, the story of the show has been given a new twist, but with the same ideologies. Now the girl Hiranmayi is older, unfortunately, lost her entire family as a child. She now stays with the family of a man named Varadharaj near the Mookambika Temple away from her previous village.

There she meets her arch nemesis, a man named Soorya, who according to her is an ill-mannered spoilt brat who is extremely self-centred. Another important character is that of Katyayani, Varadharaj’s daughter, who hates Hiranmayi and always wants to see her in pain.

Now that you know the basic storyline of the show, let’s recap what happened in the past week, shall we? Scroll down for the 18 highpoints of last week.

1. Katyayani curses Hiranmayi for trying to break off her second attempt to get married

2. When Varadharaj finds out about Katyayani’s threat, he gets furious

3. Elsewhere, Soorya plans his revenge on Hiranmayi while in jail with the Dharmadhikari

4. When Katyayani sees Shivu kissing Hiranmayi on the forehead, she goes to slap her, but this happens

5. Katyayani then does the unthinkable to Hiranmayi’s musical instrument Nadaswara

7. Soorya’s father catches Samarth giving a bribe to the Dharmadhikari and goes to question him in jail

8. Shivu gifts Hiranmayi a new Nadaswara and her happiness knows no bounds

9. Hiranmayi later asks to sleep on Shivu’s lap for a while, much to his surprise

10. After Katyayani calls Samarth about postponing the engagement, he tells Gayathri everything

11. Hiranmayi brings coffee for Shivu, who well, makes her make him drink it

12. Hiranmayi goes to Varadharaj and tries to convince him to postpone her engagement

13. The Dharmadhikari plans to teach Varadharaj a lesson by abducting Katyayani

14. Katyayani learns that the engagements have not been readjusted and will happen on the same day

15. She then leaves the house for good and calls up Hiranmayi to blame her of treachery

18. In the end, the Dharmadhikari sedates Katyayani and places her on a ladder before suspending it near the roof

What will happen to Katyayani now? To know, stay tuned for our weekly updates.

Watch your favourite Kannada movies, on the ZEE5 platform now!

8MM Bullet Is About A Ex-Constable Who Takes The Murderous Path In Order To Give A Fitting Reply To The Political System That Fails Him. Click Here To Watch It On ZEE5 Now

Kamali, Rishi, Anika And Rachana Express Their Joy As The Show Hits The 300 Episode Mark