Don't take our word for it, read the facts and decide for yourself! Directed by Sunil Kumar Singh, the film stars Golden Star Ganesh and Shraddha Arya 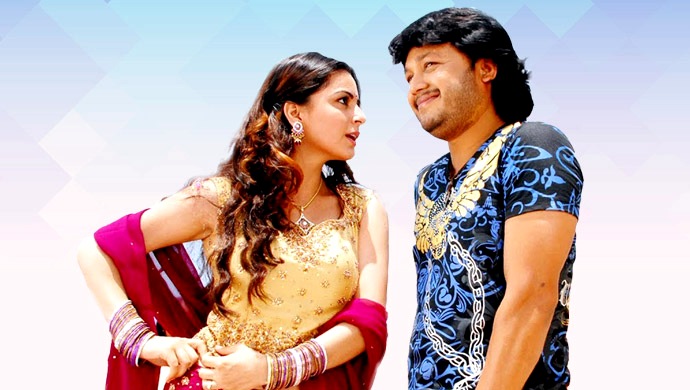 Maduve Mane, in simple words, is a story of romance and revenge, going hand in hand. Director Sunil Kumar Singh has used a good cast to bring together a rather uncommon love story onscreen. For those of you who might not know Maduve Mane literally translates to Wedding House, so you can expect a lot many scenes from the marriage, which is obviously a mood-changer. Golden Star Ganesh and Shraddha Arya play the lead roles of Suraj and Suma.

Suraj, who initially appears to be a carefree young lad, hopelessly falls in love with Suma. She, on the other hand, is already engaged to an encounter specialist Dushyanth (Avinash/Chiranth), but eventually realises that he is not what he seems. How Suraj reveals his true nature to Suma and how she figures out her fiance’s misdoings, form the crux of the story.

While the story is great, these facts about the cast as well as the film, in general, will make you switch to ZEE5 to watch the movie right away!

1. The lead actress Shraddha Arya, who is now a prominent figure as Preetha Arora from Kundali Bhagya, started her career with a Tamil film.

3. Shraddha Arya has more than performed like a pro when it comes to Kannada diction.

4. The movie might remind you of the Bollywood movie Dilwale Dulhaniya Le Jayenge, but it is not the same, be rest assured.

5. Ganesh has retained the Mungaru Male look for the movie Maduve Mane as well.

6. 2011 was Shraddha’s debut in Sandalwood, where she not only did Maduve Mane but another Kannada movie called Double Decker as well.

Don’t waste another minute and gather your family to watch this film, because remember it’s all about the Maduve Mane.

Do you know any more awesome facts about the film? Inform us in the comments box below.

Stream the Golden Star’s movie Mugulu Nage to see him in an entirely different getup, only on ZEE5.

To Know What Happens When Little Children From Various Places In Karnataka Get A Mike To Public Speak, Watch Kannadada Kanmani On ZEE5

5 Sandalwood Actors Who Were The Newsmakers Of 2019