Ready to set a new playlist on your phone? Maybe you can include Maduve Mane songs! 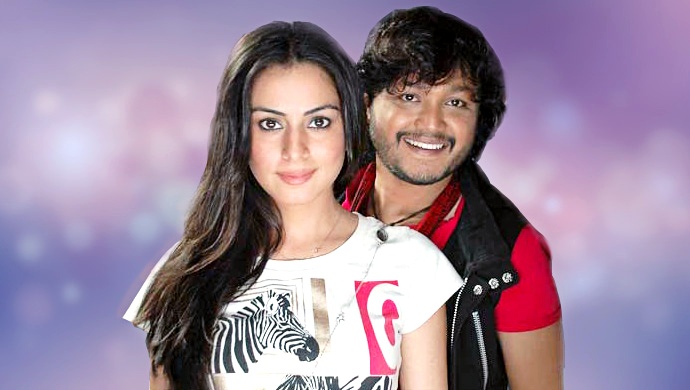 Maduve Mane as the name suggests is a film about a wedding. If you haven’t watched the film, you probably might not know that film is also about revenge. Starring in the leads is the Golden Star Ganesh and the Kundali Bhagya actress Shraddha Arya. A brilliant film if you are looking for a love story with sudden twists and a revenge plot in the end.

Talking about the soundtrack of the film. Maduve Mane has something for all kinds of emotions.

A happy song where Ganesh aka Suraj tries to flirt with the ‘not-so-interested’ Suma aka Shraddha Arya. Majority of this song was shot in the train, as it seems. It will definitely get you grooving!

When Suraj is trying to compete with Dushyanth, who is Suma’s fiance’. The scene before this song is worth a second watch as Suraj and Suma have an awkward-cute kind of moment. It is also a track that you can dance to at someone’s wedding!

Suraj tricks Suma into thinking that he is dead. Kanne Koodiruvaaga is the song in which he tries to console his lady-love, who is more than furious with him!

A dreamy sequence between Suma and Suraj that will take you into the world of love and make you wish you don’t have to ever return. Shot in picturesque landscapes and beaches, you will absolutely fall in love with this song.

Suma realises that Suraj is not what he seems. The latter defends himself in this song. While Suma looks very upset in most of the song, she eventually comes to a shocking realisation about her impression on him.

We’ve already said enough. Those of you who loved these songs will love the film even more.

Do let us know which your favourite song was, in the box below.

Still In The Romantic Mood? Watch Ganesh's Hit Film Mugulu Nage Right Away. P.S He Has Romanced Four Actresses In It!