Like Bramhagantu’s Geetha And Lucky, Here’s How An Unconsummated Marriage Can Be An Issue

It's a lesser spoken subject and something that creates an awkward situation in a couple like Lucky and Geetha's situation at the moment. 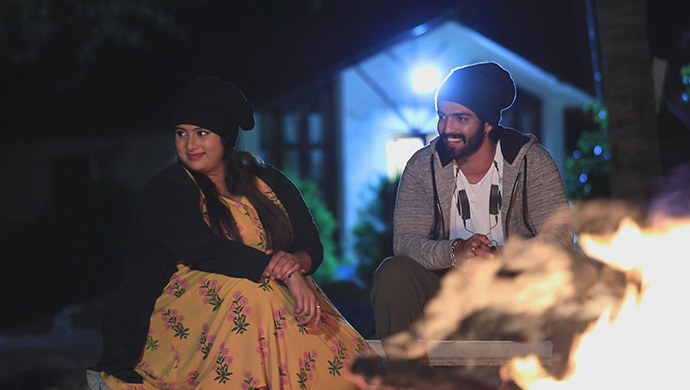 Unconsummated marriage is generally frowned upon in our Indian society and people all over have accepted it too. You might be wondering what I am talking about, so well, an unconsummated marriage is one where even though two people stay married to each other they don’t get intimate. This can be for various reasons. Take Rama and Janaki from Jodi Hakki for example. Even though Rama liked Janaki since the beginning, he had sworn to life-long celibacy. Janaki took almost two years to convince him that being intimate is not a bad thing in a marriage, and they finally consummated their love.

Another case is Lucky and Geetha from Bramhagantu. Initially, Lucky hated Geetha, but over time he fell in love with the way she treated him and his family. If you are a fan of the show, you must have noticed that in the last one month, Lucky has started getting romantic feelings for Geetha and wants to take their relationship to the next step. However, Geetha who recently got some surgical procedure done (to ensure she never has children again), isn’t comfortable at Lucky’s romantic advances.  Similarly, in many families, this problem might be prevailing so today we are here to talk about the issues that will arise if in case you don’t take your marriage to the next step right away.

We all know that marriage isn’t complete with intimacy. So it is a human tendency to want to be close to your partner. However, self-doubt is one of the main things that will take birth in your mind if you choose to keep your partner at a distance. Another problem that many in India face is the lack of knowledge of how to consummate a marriage. While the internet is a good source of information, many couples often end up getting more confused about how to take things forward.

Furthermore, if you aren’t careful about such things, your relationship will most likely end up in infidelity or even boredom. Apart from this, there can even be several communication barriers between the two of your causing the downfall of your relationship eventually. In order to ensure that that doesn’t happen to you, honesty is the best policy. Take Geetha for example, her fear that Lucky will abandon her after knowing that she can’t be a mother is preventing her from saying anything to him.

What you don’t realise is that Lucky is already getting frustrated because he thinks Geetha is hiding something from him and the ending is anyways going to be bad. Try being honest with your partner about what you have done, or in Janaki’s case, pursue your partner till they whole-heartedly give themselves to you. After all, when you’ll see your little munchkin grow in front of your eyes, you as a parent and a wife/husband will feel complete.

Share with us your problems, if you too are going through something similar, in the comments box given below.

For the latest episodes of your favourite Zee Kannada shows, click here on your ZEE5 now.

Get Into The Neo-Noir Mode This Weekend Because There Ain't No Better Blockbuster Film To Watch That The Sriimurali And Shivarajkumar Starrer Mufti, Streaming In HD On Your ZEE5

Here's Proof That Gattimela's Amulya Manjunath Is The Ultimate 'Expression-Queen'