If you are looking for an action-packed weekend, this blockbuster should be your go-to movie. 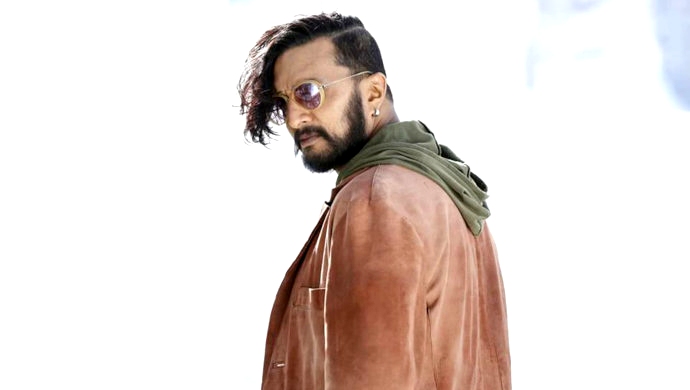 Set in parts of Kashmir and Karnataka, Hebbuli will provide you with the thrill you seek. The story begins when Captain Raam gets grave news about his brother and decides to investigate. Along the course of his mission, he finds Dr Nandini, whom he ends up falling in love with. Starring Namma Kichcha Sudeep as Captain Raam opposite Amala Paul as Dr Nandini, this movie is worth every minute.

If you haven’t watched Hebbuli yet, get your dose of action right here:

For any actor, it is important to understand their respective role for more relatability. Sudeep’s role in Hebbuli was that of a para-commando officer. Now we all know the hardships faced by our brave soldiers to protect countless innocent lives. In an interview with a leading daily, Namma Sudeep offered a few generous words for these warriors. “Even a strong word like sacrifice would be an understatement when you look at the lives of army personnel at the border. The life they lead is just impossible”, he said.

Coming to the technicalities of his role, not only did he win our hearts as Captain Raam, but gave everyone some variety of emotions as well. There wasn’t much gore though, which was a big save for the film. With a few action scenes, the social message for viewers was put across very clearly.

Sudeep’s chiselled body type, his hairstyle as well as his onscreen persona throughout the film is a visual treat for all fans. Furthermore, his crisp dialogues were subtle but impactful enough to earn a lot of positive feedback after the release. The costumes he wore in Hebbuli flawlessly completed his look of a legit para-commando officer. Lastly, there wasn’t a single scene in the film when Sudeep over or underplayed his character. Every scene was nailed to perfection!

Which was Captain Raam’s best scene according to you? Are you a fan of Kiccha Sudeep? Your comments are awaited in the space given below.

If you want to watch more of Sudeep’s movies by streaming them on ZEE5.