Since I'm a mega-fan of these three industry veterans, my heart was doing the dance with them. Once you watch the viral clip, you’ll want to dance too 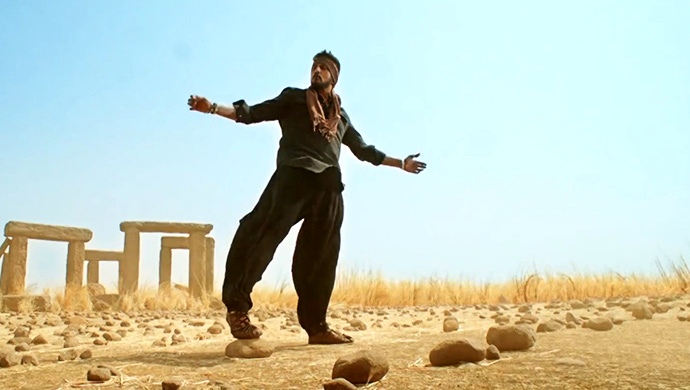 This Christmas, get ready for the biggest comeback of Namma Kiccha Sudeep in Bollywood. His film Dabangg 3 also starring Salman Khan in the lead alongside his brother Arbaaz Khan has already completed shooting according to various reports. Do you remember our previous post, where Kiccha Sudeep and Salman Khan were clicked in an on-set gym that was created for the stars to work out while shooting? (Click here, to read) The next update we got from the star was a recent post on Instagram where he, Prabhudeva and Salman Khan are seen dancing, or shall we just the say, the two stars are trying to follow in the choreographer’s footsteps.

But before we show you the video, here’s another interesting fact about this film and Namma Kiccha? After a gap of 8 years, he will be re-entering Bollywood in a villain’s role for the second time in his career. His successful performance as an antagonist was in the Kannada film The Villain. Now let’s get straight to it…

The master Prabhu sir himslef …. .. What a moment.

Do you think you will take this dance challenge against these maestros of the industry? Shoot in your video with this same dance and send it to us in the space below.

If You Want More Entertainment From Kiccha, And That Too As An Antagonist, Click Here To Watch The Villain, Streaming On The ZEE5 Platform Now

Dance Karnataka Dance: Family War Is Back For Season 2 And Here Are Few Of The Contestants

Radha Kalyana: We Introduced You To Shri Krishna's Family, Now Learn About Radha's Side