While working out in a makeshift gym, Namma Kiccha thanked his co-star Salman Khan for making him feel right at home. Check out Sudeep's tweet here! 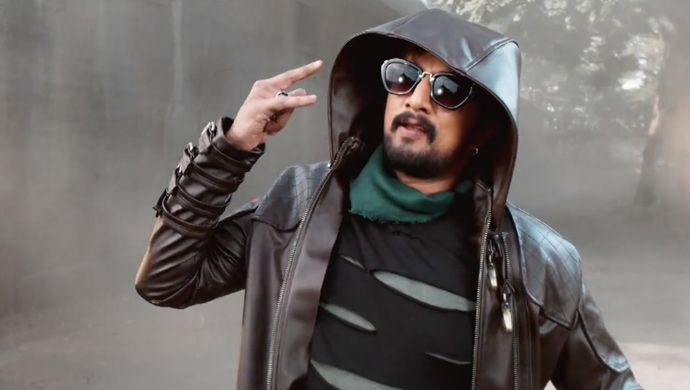 After what proved to be a viral tweet from the top actors in Sandalwood, Kiccha Sudeep’s fans have been going ga-ga over the fact that not only is this his re-entry into Bollywood after a long sabbatical of eight years, but he will be seen with some big names like the leading brother-duo, Salman Khan and Arbaaz Khan.

Following his latest release, The Villain, the Sandalwood actor seems to be busy this year with not one but four films. One of them is the most awaited Dabangg 3, based on the life of the popular fictional character, Inspector Chulbul Pandey. In a recent tweet from Sudeep, he fondly shared one of the memories from his shoot with his co-star Salman Khan.

The photo was from an on-set gym which was created for the actors to workout in. Set to release in late December this year, who else can’t wait to see Kiccha? Oh, and did I forget to mention Namma Sudeep will be playing the antagonist’s role once again. After The Villain, it would be great to see him in a negative role once again, yen heluthira? Speaking of the tweet, don’t forget to see how humbled Kiccha feels to be standing with one of his favourite stars. He also thanked Salman Khan, who is currently also busy with his other film Bharat, for making him feel at home.
Who else can’t wait to take a look at the tweet? Keep scrolling.

Heat was unbearable yet couldn't dominate the energy on set,,,, it was a thrilling day,, fabulous unit,, fantabulous people,,,,, a humongous Gym set up on Location is an added bonus. 1st day of #Dabangg3 wrappes wth smiles. Thanks @BeingSalmanKhan sir for making me feel at home. pic.twitter.com/MAdKTsVAlH

Shower your best wishes to both Salman Khan and Kiccha Sudeep in the space provided below and also let us know if you are excited for Dabangg 3.

If you love the Khan brothers, watch their all-time hit Bollywood film Hello Brother, streaming for free on the ZEE5 platform.

Kiccha Sudeep Fans Can See His Hero Avatar In The Film Hebbuli, Where He Plays The Character Of A Para-Commando Officer. Click Here To Stream It Now