At first, we thought Ayra Yash meant something about her father’s career. But no! The news is even bigger than you thought! Care to take a guess? 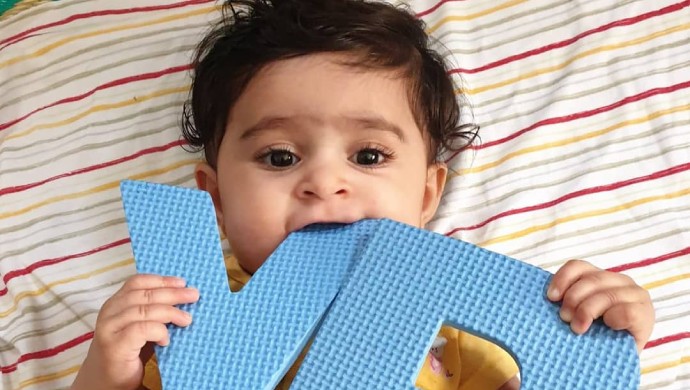 Yash and Radhika Pandith never cease to keep fans hooked to their social media handles. One after the other, each post of their goes super-viral. A fun fact, the power-couple made their TV debuts (Nandagokul) as well as film debuts together (Moggina Manasu)! Since then, their love bubble grew bigger and they tied the knot in 9th Dec 2016. Fast forward to two years later and voila, baby Ayra Yash was born on 2 Dec 2018!

While the Rocking Star is just about to get into shooting for the sequel of KGF: Chapter 1, guess what? A video was released, showing Baby Ayra give a message to the fans. Let’s check it out here:

Look at the adorable angel, speaking about her soon-to-be sibling in such a cute manner. Like mommy-daddy like daughter wouldn’t you say? Yash rose to fame with his mega-blockbuster KGF: Chapter 1. The first part of this series also had one of the biggest openings for a Sandalwood film and was shown in approximately 2400 theatres.

Send in your best wishes to the couple in the space given below.

Watch Yash’s film Googly, on the ZEE5 platform if you are a fan.

Gattimela 27 June 2019 Preview: Vedanth-Amulya Get Unusually Intimate Thanks To A Mishap

Gattimela Actress Nisha: Amulya's Character And My Real-Life Personality Are Dead Opposite