Kavitha Gowda And Dileep Shetty’s Vidya Vinayaka Must Be Revisited! Here’s Why

Vidya Vinayaka starring Kavitha Gowda and Dileep Shetty is one show that you must binge on and we tell you why. Details inside! 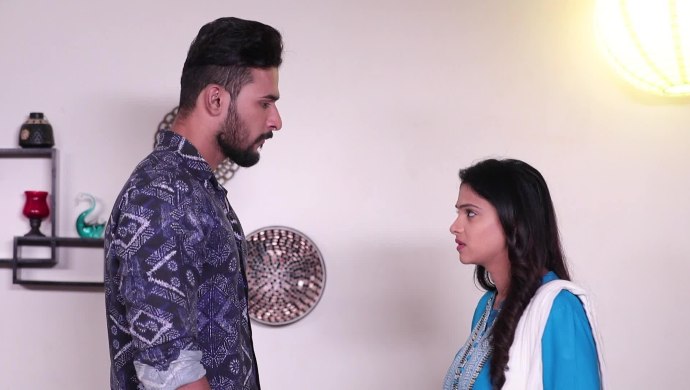 Zee Kannada’s ‘Vidya Vinayaka’ directed by MN Jayanth and Santosh Koti is a story of two people—Vidya and Vinayaka—played Kavitha Gowda and Dileep Shetty respectively and a complicated love story that they soon indulge in. With a stark difference in personalities, the enter a relationship that then turns their life around. Well, this is no regular love story but is a tale of relationships, characters, drama, and vengeance.

Produced by actor Dileep Raj, what really makes this show worth revisiting is for the manner in which its characters have been created and portrayed. If we consider just the two lead actors of the show, their multi-faceted personality is unveiled as and when the show proceeds. Speaking of characters, Vidya, essayed by Kavitha, is a girl who believes in marriage and a stable relationship but is emotionally complex and has her own set of issues to deal with. Vinayaka, on the other hand, is independent and serious while also being strictly against the institution of marriage.

What makes these characters a treat to watch is the importance given to their background and childhood which then plays a key role when Vidya and Vinayaka meet. For instance, Vinayaka’s hatred towards marriage comes from the fact that he had watched his mother being abused by his father which makes him lose faith in the concept.

Characters of the show are relevant to date. While it addresses certain important issues of society, the characters also throw light on unacceptable behaviour that has been normalised in today’s times which is seen through Vinayaka’s worldview about marriage. Prabhavati, played by Chaitra Rao Sachin, brings the narrative to life as she creates the many hurdles in Vidya and Vinayaka’s lives which then bring about other clashing ideologies. Popular actors like Spandana as Arundhati (Vinayak’s mother), Yashmi as Raksha (Prabhavati’s daughter) are also seen on the show.

Catch all the episodes of Vidya Vinayaka exclusively on ZEE5!

Everything You Need To Know About ZEE5's Original Series Mrs. Subbalakshmi!