Karnataka Rajyothsava 2019: 6 Facts You Should Know About The ‘Karnataka Formation Day’

Bring out the Naadu flags and celebrate because today is the birthday of our state, Namma Karnataka. Happy Kannada Rajyothsava 2019 to you! 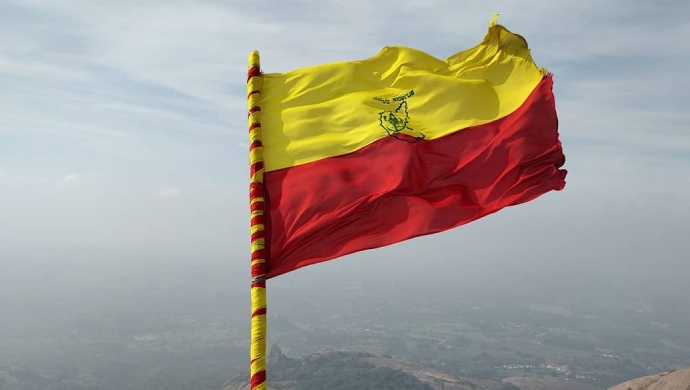 Are you geared up for the most special day when namma Naadu was formed? Yes! Today, i.e, 1st November 2019 is Karnataka Rajyothsava, also known as the ‘Karnataka Formation Day’. It was on this very day when the Kannada-speaking regions in South India were merged to form the state of Karnataka. All Kannadigas rejoice on this day and hoist the ‘State Flag’ around every corner in every street amidst much pomp and splendour.

The youth proudly carry the ‘Yellow and Red’ flag, particularly on their vehicles. More importantly, the Kannada Habba is not just a day when all schools and colleges are shut (since it is a public holiday), but a day to appreciate our rich cultural heritage.

Today we will check out seven facts about this special day, that you should know about…

1. Karnataka Rajyothsava is a festival beyond caste and religion, making everyone feel that they are united by something bigger.

2. The festival expands to other countries as well where Kannada communities are being found as many Kannadigas reside in places like the UK, USA, UAE, Singapore etc.

3. In Karnataka, on this day, Rajyothsava Awards that are accredited by the State Government are given to personalities who have done major contributions towards the state.

4. This year, 64 individuals will be honoured by the state government for their work in various fields.

Here’s wishing you all a very happy Karnataka Rajyothsava Day 2019, by the entire Zee Kannada Kutumba.

Jothe Jotheyali To Gattimela: 4 Zee Kannada Shows That Have Taken Over The TRP…