After it was announced that Kamali is Annapoorna’s mommagalu, Kamini hatches a plan to kill both of them. But fate has something else in mind... 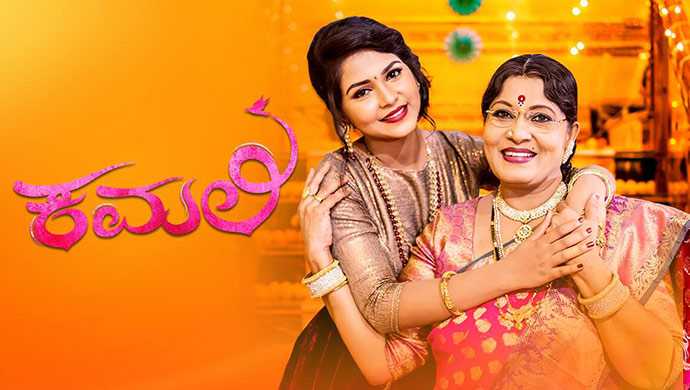 The incidents that lead to Kamali’s coronation as Annapoorna Mahajan’s grand-daughter, also made Kamini extremely jealous. You all know by now that Annapoorna and Kamali still don’t know anything about them actually being related to each other. And the biggest disappointment has been for Annapoorna’s husband, who knows the truth but can’t make it past his disability, also caused by Kamini. Also, Anika, who so confidently told Rishi that after she gets all of Annapoorna’s wealth he will have to marry her no matter what was put to shame. Not to mention the amount out of anger that she, Kamini and Urmila generated, was probably enough to go on a mass-murder spree. Tara’s reaction to Annapoorna’s announcement about Kamali was alarming too.

So what happened after Annapoorna thanked Kamali for stepping up and ‘pretending to be her mommagalu’? You are about to find out!

1. Ningi is shocked to know that Kamali is not really Annapoorna’s granddaughter

2. Annapoorna’s husband tries to shout out to her in his mind that Kamali is, in fact, their grand-daughter, but in vain.

3. Anika gets drunk and drags Kamali to the entrance of her house and hurls heart-breaking insults at her

4. However, Kamali doesn’t have the patience for a drunk Anika for much longer.

5. Chandri is shocked to see Kamali sleeping on the floor the next day and probes into the matter

6. Anika is thrown out of her room for what she did by Chandru, who then gives the room to Kamali

7. Next day, Rishi goes into a trance when he sees Kamali’s new avatar at the annadaana in the temple

8. Kamini arrives there with the press and tries to fish out the truth from Annapoorna, by asking her to make Kamali her power-of-attorney

9. Annapoorna’s response leaves Kamini shell-shocked as she accepts this responsibility and promises to give Kamali all of her wealth

10. After the annadaana, Rishi offers to drop Kamali by taking permission from Annapoorna

11. Kamini gets extremely panicky to hear this and tries to prevent Rishi from going in Annapoorna’s car, but fails

12. Kamali soon prevents Annapoorna from revealing anything about their secret as Rishi puts the call on speakerphone

13. As they are on their way, Kamali contemplates whether to tell Rishi about her secret, but later decides otherwise

14. Kamini informs Urmila and Anika that Rishi has gone in the same car as Kamali, much to their astonishment

15. When Kamini doesn’t let Anika inform Rishi, she threatens to kill herself if anything happens to him

16. Rishi tries to make Kamali call him by his name but she denies the request out front

17. Suddenly, something goes into Kamali’s eye and Rishi tells to hang on for a bit as he will pull over to check it

18. That’s when he makes a shocking discovery; THE BRAKES DON’T WORK!!

19. To his bad luck, the voice recording he made for Kamali starts playing on his phone in all this commotion

What will they both do now? Will Kamali accept Rishi’s love? Stay tuned for our next weekly update to find out.

Watch all the episodes of the hit show Gattimela, for free on your ZEE5.

Watch The Narayana Murthy Special Episode Of Weekend With Ramesh Season 4 On The ZEE5 Platform, By Clicking Here