Even though her onscreen love-life has come to a shocking turn, Amulya Gowda has set our pulse racing with her recent night shoot and TikTok videos. 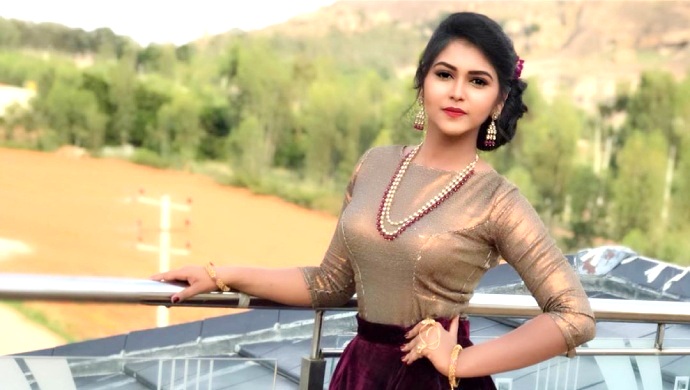 With gripping twists and turns on the megahit show Kamali on Zee Kannada, the story has finally come to the exciting part we were all waiting for. Recently, Kamali and Rishi were in a car mishap, during which she accidentally pressed some button on his phone and behold! Everything Rishi said for his lady-love in the recording he made on his phone started playing. Before a shocked Kamali could respond to the car crashes! I mean the way these scenes were stitched together was beautiful. While you ponder over the question of whether Kamali will accept Rishi, we have something exciting to show about the real-life Kamali aka Amulya Gowda.

We recently had the opportunity to talk to the actress in an exclusive interview and learnt much about her love life. Since she is a romantic, we did a little digging and found some gem photos that Amulya posted on her insta recently. A heads up, these are the dreamiest pics of Amulya you have seen until now, the setting is of the night and props are nothing but lights available around.

So get ready for your jaw to drop!

When you have a dream, you've got to grab it and never let go😇 PC @dii_vya_gowda

The only with the chic-tomboy look, braids and all…

If you aren’t already in love with this sassy lass, try this TikTok video of hers. In it, she has made her version of the hit song Yaaro Naanu from the Puneeth Rajkumar starrer Natasaarvabhowma.

Doing a great job in all fronts is Amulya Gowda; be it her onscreen job as Kamali or her offscreen shenanigans as Amulya. If you think she is a complete entertainer too, give her a shout out in the space provided below.

Watch the Sumalatha Ambareesh episode on Weekend With Ramesh Season 4, here on ZEE5.

Mugulu Nage Is The Story Of A Man Named Pulkesh Who Can’t Cry Since Birth. Click Here To Watch The Film On ZEE5 And See How Love Helps Him Overcome It