During a ritual, the pandit who is performing it discovers that Kamali's life is under threat as someone is trying to cause her harm 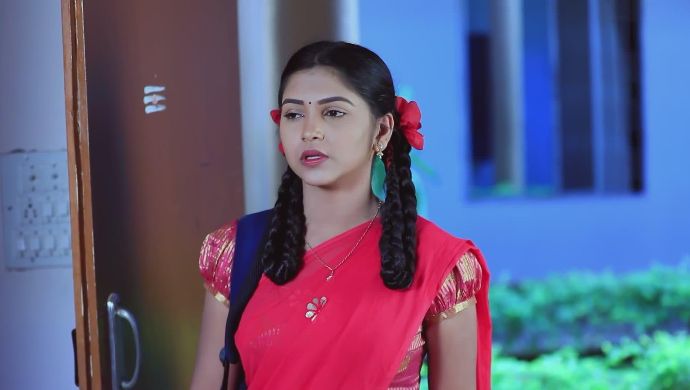 In the week before last in Kamali, Anika expresses her grief regarding Kamali and Gowri telling them that her return has caused problems between Chandru and her mother. Ajji tells Chandru that Kamali mustn’t enter the house again. Upon enquiring for the reason, Ajji and Thaatha tell her that when they visited the temple, the priest told them that Kamali mustn’t stay in the house until they perform a certain ritual, as she will be a family member soon.

Last week, Kamali and Rishi’s hands are stuck in a vessel. Rachna makes fun of the two and they all have a light moment while trying to remove their hands.

Rachna tells Kamali to wait until the ritual has been performed in their house so that the two can be taken to an emergency ward and get their hand removed from the vessel.

When Kamali comes towards the pandit to seek his blessings, he senses a certain power that Kamali has within her. However, he says nothing. He only thinks to himself that there is a member in the family whose life is in danger who later happens to be Kamali.

Meanwhile, Kaamini is locked up in a room where she conspires to kill Gowri and Kamali. She tells herself that she will spare none of them and will do whatever it takes to destroy their lives.

The next day, Gowri and Chandru gift Kamali a car. Chandru tells her he never gifted her anything which is why he bought her this car.

In the midst of all this, Anika conspires to kill Kamali as she is furious with her.