Kamali Weekly Update 23-27 March 2020: Rishi Talks To Chandru About His Marriage To Kamali

With everything that happened at the forest, Rishi realises how madly in love he is with Kamali and decides to marry her. 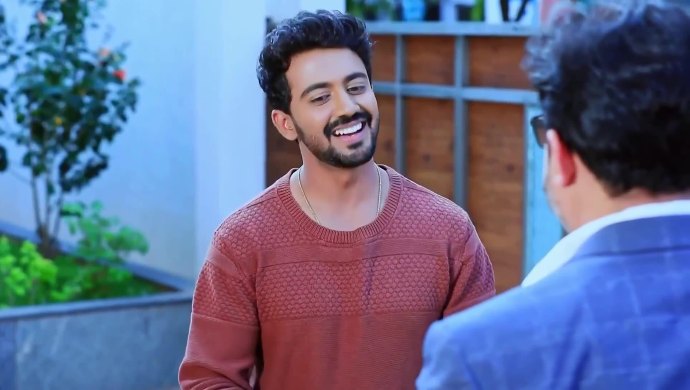 In last week’s episode, Kamali is hit by a bunch of rowdies who work for Anika. She, who was previously unconscious, wakes up to see that the bunch of men are digging a grave for her. She throws mud on them and escapes. Elsewhere, it is discovered that Anika has buried Kamali who was still alive so that she will not prove to be a hindrance between Rishi and her. But Rishi manages to save her. Ramesh and Tara are trying to get in touch with everyone as the kids have still not come home. Just then, Rishi brings all of them home.

In this episode, Rishi is talking to his mother, Tara, telling her how much he loves Kamali and with everything that happened at the farmhouse, he came to the realisation of his feelings for her. Tara gets extremely tense as she does not want Kamali to come into the house as her daughter-in-law.

Urmila, Kaamini, and Anika are talking about Rishi. Kaamini tells Anika not to worry about any of the plans failing as they must keep making them until they succeed. While Urmila does not say anything, Kaamini says that she will destroy the whole family.

Tara, on the other hand, tells Ramesh about Rishi’s decision to marry Kamali. She is furious and takes out all her anger at Rachana. She also says that she will not allow this marriage to take place.

Later that day, Urmila tries to talk to Chandru. She attempts to get close to him and make conversation by talking about Anika’s further studies. Chandru tells her that he is very well aware of the steps that must be taken for her to have a secure future and she needn’t find a way to get close to him.

The next day, Rishi comes to meet Chandru to talk to him about his desire to marry Kamali. Chandru tells him that they will talk about it later that day. After he leaves, Rishi meets Kamali and the two share a romantic moment.

Elsewhere, Kaamini overhears a conversation between Chandru and Ramesh who wants to fix Kamali and Rishi’s marriage. When Kaamini tells Anika this, she gets infuriated and decides to take a big step that night.

That night, Chandru and Ramesh decide to meet and spend some quality time. Anika pays the security, to lock them in the room where they are talking and plans something ahead to harm them. As a harmful gas is let into that room, Chandru and Ramesh become unconscious.

Catch all the episodes of Kamali exclusively on ZEE5!
Don't Miss

Catch The Mothers Of Gattimela, Jothe Jotheyali Entertaining Us On This Episode Of Genes!