Anika blames Kamali for everything that has happened; Annapoorna shouts at Anika. 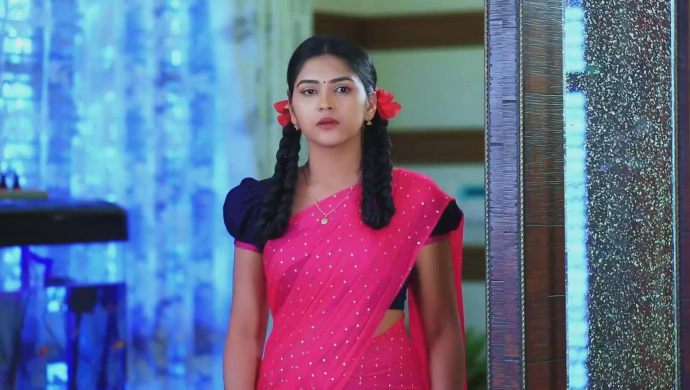 In the week before last in Kamali, everyone is at the dinner table at Rishi’s house.  That’s when Rachna asks them why Rishi hasn’t come home yet but no one knows where he is. Rishi finally reaches home and joins everyone at the dinner table. He tells his mother that he is in love with Kamali and would want to introduce her to the family. They agree.

Watch the week in short:

Rishi and his family are at the hospital, as the boy from Kamali’s college has tried to commit suicide. Anika thinks to herself that Annapoorna will now develop hatred towards Kamali.

Annapoorna tells the boy’s mother that she will take care of all the expenses and asks her not to worry about anything. She also tells her that she has discovered the person who forced the boy into taking such a drastic step.

Anika tells Annapoorna to give the boy’s family a little more money to make this situation better. Kamali also says that he has made this decision to gain sympathy. Annapoorna tells them to go with her in the car.

Gowri is worried about Kamali. She tells Chandru that Kamali would not have intentionally hurt anyone. He tries to console her.

After reaching home, Annapoorna tells Anika that she has caused all these problems after listening to Kamini. Anika tries to blame Kamali for the same but Annapoorna tells her not to talk further or argue with her.

Annapoorna is furious with Anika. She tells her that if she does anything of this sort, she will be locked up in the room. Chandru also tries to console Kamali.