Last week on Kamali, despite Anika's torture, Rishi always has Kamali's back. Also, Tara comes to convince Rishi to go back home but fails to do so! 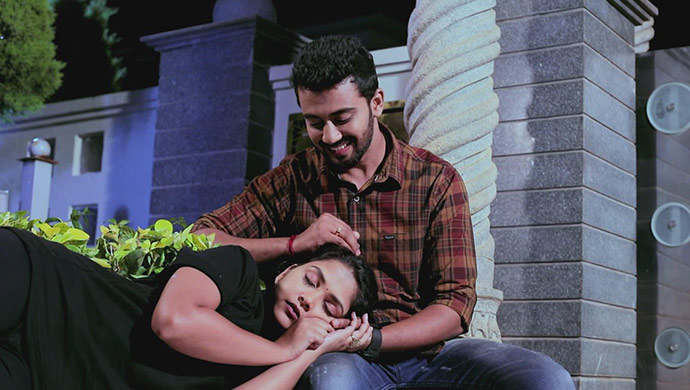 Previously on Kamali, while Urmila and Anika rejoice that Kamali has left the city, Rishi leaves his house much to his family’s resistance. Kamali and Ningi who are allowed to return back by Gauri are grateful to Rachana for helping them with a job at the cafe in order to pay the college fees. Rishi comes wandering to the same cafe and is stunned to find Kamali there. Elsewhere, Kamini makes many attempts to tell Annapoorna that Tara must have kidnapped her husband but fails to fully convince her. Ramesh and Rishi spend some time together at the latter’s new home soon afterwards.

The next day, Rishi gets furious when a customer gives Kamali a tough time and tries to oppose him. Unfortunately for Rishi the cafe manager politely asks not to create more disturbances and leave the place immediately. Later, Rishi promises Kamali that no matter how long he will wait for her. At the Mahajan house, Annapoorna gets ready for the Varamahalakshmi pooja and prays that both her husband and granddaughter come back safely to her. Let’s find out what happened since then.

1. Kamali is asked to do the Varamahalakshmi pooja in the cafe

2. Rishi, who is also present a little distance away falls in love with Kamali all over again

3. When everyone praises the ‘offering’ (prasad), Ningi speaks loudly to inform Rishi that Kamali is the one who made it

4. Soon, Kamali and Rishi share a romantic moment while exchanging the prasad

5. After Rishi is asked to leave by the cafe manager, Anika comes there with her friends and insults Kamali

6. Purposefully, Anika also doesn’t take the food parcel she had ordered and leaves saying that she will give a bad review to the cafe

7. To fix this and ensure that her pay doesn’t get cut, Kamali goes to Mahajan house to give the parcel herself

8. Inside the house, Annapoorna gets furious with Anika for having non-veg on an auspicious day

9. She then praises Kamali for her good nature and claims that she wouldn’t have been so lax

10. Kamali, who is standing outside is thrilled to learn that Annapoorna called her, her granddaughter

11. Irate, Annapoorna finally asks Parvathi (the housemaid) to clean the whole house again before the pooja and asks Anika to either sit in her room quietly or take her friends and leave

12. Tara goes to Rishi’s new house much to his excitement but quickly gets to the point

13. Rishi and she share a lot of moments before he finally tells her that his return home is based on whether she will accept his love

14. At the village, Gauri is stunned to see Chandru there and immediately escapes his sight

15. Annapoorna soon gets a letter from her supposed ‘granddaughter’ stating that she will find her grandfather at any cost

16. Outside the house, as Kamali and Ningi are waiting, Rishi brings the car for them to sit but the former prefers to stay outside

17. Throughout the night Kamali sleeps on Rishi’s lap unknowingly, much to Rishi’s happiness

18. He tries to fix her head’s position when she holds his hand in her sleep and asks him not to leave her

19. Anika complains to Kamini about Rishi and Kamali standing outside the gate and spending time together

20. The next day, Kamali feels awkward to have slept on Rishi’s lap and forces him to leave

21. When Ningi asks her why is being so stubborn about meeting Annapoorna, Kamali gives her the shocking news of Thathaiyya’s (Annapoorna’s husband) abduction

22. Soon, Kamali spots Annapoorna leaving to the temple and runs after the car only to find Chandru on their way

23. He takes them to the temple but Kamali doesn’t find Annapoorna anywhere

24. Upon spotting her a while later, Kamali finds out from the priest that she has kept some vow to do some few tasks in order to find her granddaughter

25. Despite Ningi’s reluctance, Kamali decides to complete the task for her Annapoorna Ajji

Will Chandru find out about his daughter soon? How is Kamali planning to find her Thathaiyya? Stay tuned to find out in the next week’s update.

Watch the hit film Panchatantra, for more entertainment only on ZEE5.

If Crime-Thriller Appease You Then Click Here To Watch The ZEE5 Original Series Auto Shankar, Now In Kannada, Only On ZEE5

6 Reasons Why Premier Padmini Deserves To Be On Your ZEE5 Watch-List!

GOOD NEWS For All You Comedy Khiladigalu Fans, Season 3 Premieres From 31st August 2019!