Kamali To Bramhagantu: 5 Devastating Secrets That Children Kept From Parents On TV Shows

The recent reveal on Gattimela had devastating effect on the entire Manjunath family. Here are other shocking secrets from shows like Paaru and Kamali 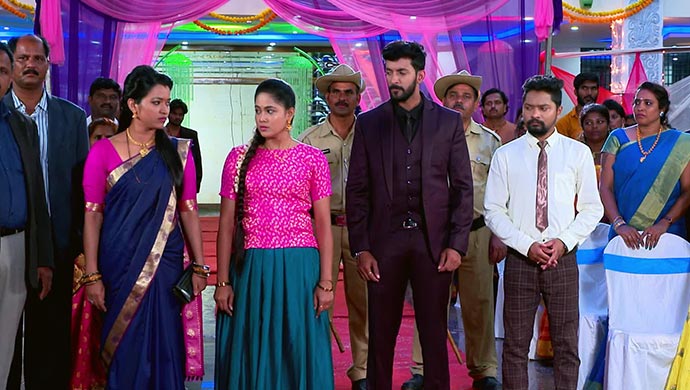 From an entertaining aspect, the Zee Kannada channel with its one-of-a-kind story lineups and an equally impactful cast has done a fabulous job till date. Once you start watching a show, be it Gattimela or Paaru or Kamali, you are absolutely hooked and there are no two ways about it. Thanks to your love and support, the shows are doing excellently well. So on that note, we would like to bring forth something interesting for you to read today. Have you noticed how the twists and turns occur in every show? Keeping that aspect in mind, we will look at all the secrets the children in these hit shows, like for example, Geetha from Bramhagantu or Soorya from Mahadevi, have kept from their parents.

Why this topic? Well, it’s because of how devastating the impact will be when these secrets are revealed, given that each of their parents has a certain mind-set. As you already know, the secret of Aarthi and Vicky’s love affair came out in the open causing Parimala to get a heart-attack and Manjunath to hate all his four daughters. Devastating enough? Similarly, today, we have some other major secrets to tell you about, the consequences of which may be severe in each Zee Kannada show respectively. Ready? Let’s begin.

Remember how Anika had Rishi kidnapped just so that she could enforce her love upon him? If you recollect, this news never reached Tara because Kamali intervened and requested Rishi not to do so. However, after Anika recently almost kidnapped Rishi again before his engagement, Kamali has decided to put an end to all her sister’s rubbish. Now think of this, what if Tara were to find out? As it is Anika has angered Tara once before by trying to bring a bad name to Rachana, if Rishi’s mother were to find out what she did to him? I think she will send Anika to jail on a non-bailable offence for sure.

Yes! This major reveal of Aditya and Paaru getting married for real is yet to happen and only God can save Arasane Koteya Akhilandeshwari’s wrath from falling on Aditya and Parvathi. Of course, her anger will be channelled more on Paaru and now that Anushka and Damini have teamed up, in my opinion, there is no way that Paaru will get out of this alive once this secret has been revealed. Your thoughts?

From the time Jalaja has kept the challenge of Geetha and Lucky having a child within a year, things were looking bleak for Geetha. Lucky was devastated to know that his wife got a procedure done before to save Sumathi in which she cannot conceive again. Sumathi, Lucky and Girija tried to hate Geetha for not keeping anyone informed but love brought them close again with some resistance. This is one family that has luckily stayed together and guess what, there is some good news, Geetha recently found out that the procedure she undertook was just a temporary barricade fitted to prevent her from conceiving for a few years! That means we can expect Geetha and Lucky to have a baby in a year!! But for that, we will have to stay tuned to the show and wait to find out.

Soorya’s father, who is a gentleman and loves Hiranmayi is under the impression that after he returned from jail, his son has changed for the good. Or so he thinks. Soorya hasn’t changed one bit if anything he has got his game together and is now ruling an innocent Hiranmayi’s world, who herself has believed that he has changed. You and I both know how true that is. Anyways, imagine what will happen to his father, when he finds out that his son is still a monster from within? Will he disown him too? We’ll know soon enough, hopefully.

Have we missed out on any other secret? Keep us posted in the comments box below.

Watch the hit film Natasaarvabhowma, for more entertainment on your ZEE5.

To Know What Happens When A Mother-Son Bond Is So Strong That They Set Out To Fight Social Evils All Alone, Watch The Hit Film Thayige Thakka Maga, Streaming On Your ZEE5

If My Father Was Gattimela's Manjunath, This Is How He'd Have Reacted To My Secret Affair

Paaru Weekly Recap Of 24-30 July 2019: Paaru And Aditya's Getaway Proves To Be Romantic