Kamali, Rishi, Anika And Rachana Express Their Joy As The Show Hits The 300 Episode Mark

Kamini and Tara send their lovely messages on how they feel about the Zee Kannada show Kamali completing 300 episodes! 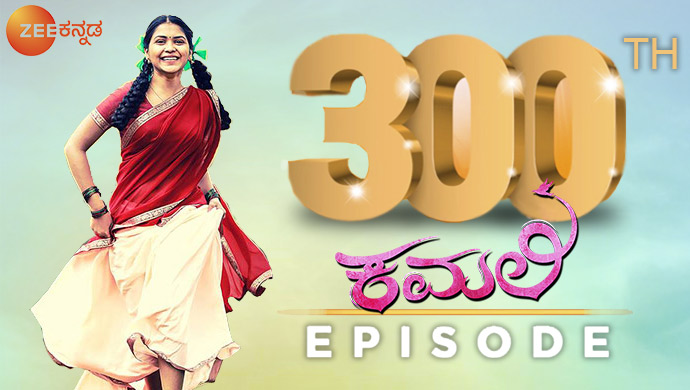 Kamali, a prominent show on Zee Kannada that started out as an idea to focus on more modern concepts for daily soaps became a hit in no time since its inception roughly one year ago. And since then the serial has only further impressed the magnitudes of fans. On the completion of its 300th episode, the cast of the show spoke about their feelings and thanked the fans for their constant support.

Check out their lovely message in this video below:

The show focuses on Kamali, a college student, who hails from a village called Marapura. While she doesn’t know her family history, fate brings her to the house of an influential businesswoman called Annapoorna Mahajan, who runs a chain of colleges amongst several other businesses. Kamali joins Annapoorna’s college, which is considered to be one of the top institutions in the city. Thus begins Kamali’s journey.

She finds love on the way of her college life in the form of Rishi Sir (of course, she doesn’t know that she loves him yet). Annapoorna’s granddaughter Anika hates Kamali for her good nature and also for stealing her man. Any guesses who it maybe? It’s none other than Rishi. Once you start following in the show, it is an addiction and of course in an awesome way because of the storyline the show has to offer.

Today Kamali completes 300 entertaining episodes, so if you are a fan, don’t forget to wish the cast and crew of the show in the space given below.

Watch your favourite Kannada TV shows, only on the ZEE5 platform to continue the entertainment streak!

Watch Thayige Thakka Maga To Know What Happens When A Mother-Son Duo Team Up Against The Evils Hidden In The Judicial System, Only On ZEE5

Happy 500 Episodes To Subbalakshmi Samsara: Here's How The Cast And Crew Celebrated

Mahadevi 07-13 May 2019 Recap: Katyayani's Hate Grows For Hiranmayi As Each Second Passes