Kamali 1-8 May 2019 Recap: Tara Is Boiling With Frustration As Rishi And Kamali Grow Close

After an attack on Kamali, Rishi fasts for her to avoid any more of such instances. Here are other high points that happened on the show so far. 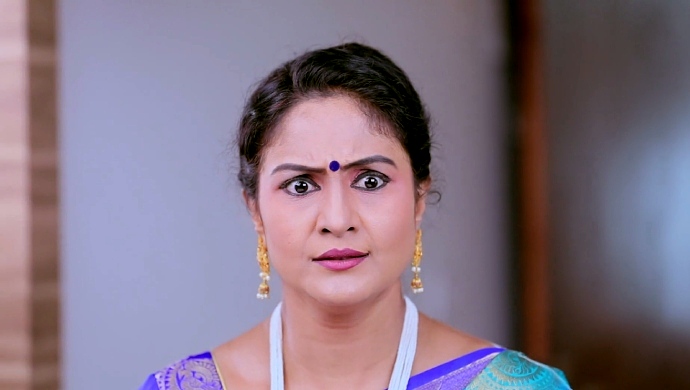 After the first day at summer camp, things go downhill for Kamali all thanks to Anika. The parents of the children decide to boycott the summer camp because Kamali made some street children play with their kids. Eventually, Kamali convinces them and the summer camp continues. Anika’s every attempt to spoil the camp is foiled until she comes up with a master plan, thanks to her Ammamma Kamini Devi. However, because of super quiet little girl Ananya, Kamali saves the kids from getting poisoned. She later catches Kamini, Anika and Urmila puzzled why the poison didn’t work and unleashes her frustration about a ghastly crime the three were about to commit.

Her open challenge to them is not taken lightly because Kamini then assigns a serial killer after her to finish her once and for all. To cover their tracks, they also add sedatives to the milk glasses of everyone in the house except for Kamali, and for themselves. In a series of unfortunate events, the electricity goes off and Kamali realises someone is home. However, don’t fear when Rishi is here, right? He thankfully comes to her aid.

Here are the high points of the show since then!

1. Kamali gets high fever after the attack

2. Chandru decides to take her to the doctor but Kamini and Anika oppose it

3. After Chandru takes the girls to the hospital, Kamini sees a shocking sight

5. Chandru accidentally announces about Rishi’s fast and claims that it is for Kamali

6. Kamali is shocked because Rishi tells her sometime back that the fast is for someone special. Oops!

7. Hasini tries to bring Kamali and Rishi together by telling the former to cook food the latter

8. Anika learns about this and decides to spoil Kamali’s plan

9. It takes a while for Rishi to believe that Kamali is actually in his house

10. Upon seeing Anika, Hasini locks up the two lovebirds

11. Anika has no other choice but to wait till Tara arrives and complains about Hasini to her

12. The truth is revealed and Tara gets furious with Kamali for hiding

13. Rishi defends Kamali till the end

14. Kamali is shocked to find out that Kamini was behind the murderous attack on her

15. Anika and Kamini rejoice the next day when Kamali is missing

16. But Kamali comes back with a bang

17. Urmila is shocked when Chandru announces that the criminal has been caught

18. And pretends to be Annapoorna to take the case back

19. At the temple, Rishi informs Kamali that her mother called to check about her

20. Tara gets furious when she overhears Rishi talking about Kamali to Rachana

What will she do next? Will Rishi tell Kamali about his true feelings for her? Stay tuned to find out.

Kamali’s mother, actress Yamuna Srinidhi has done a cameo role in the patriotic-drama film Prema Baraha. Stream it here on the ZEE5 platform.

If You Like Love Stories There No Reason Not To Watch The Anup Bhandari Directorial Rajaratha, Available On ZEE5 now.

Inspired By Gurumurthy’s Love For The Camera, Here Are 5 Tips For Amateur Photographers