Kaafir Review: A Simple Depiction Of How Fate Can Become The Beauty Or The Beast Of Life

She was innocent, yet wrongly abused, accused and jailed. Here's how Kainaaz Akhtar finally got the freedom to go back to her motherland, Pakistan! 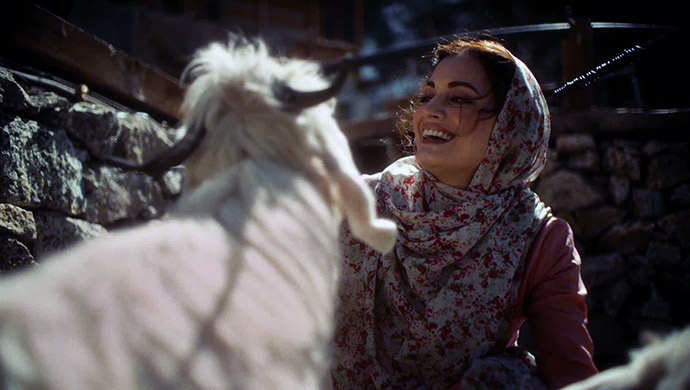 We all know that the state of Kashmir has been torn between its beauty and an equal amount of hardships from since we can remember, right? The ZEE5 Originals Series Kaafir, now available in Kannada, focuses on exactly this concept. Starring the Bollywood beauty Dia Mirza and the handsome hunk from URI: The Surgical Strike, Mohit Raina, the series focuses on a Pakistani woman, who in unfortunate circumstances got jailed in India, on the presumable account of being a militant. Dia, who has fantastically justified the character of Kainaaz Akhtar, the protagonist, wore a hijab on-screen for the first time ever.

Directed by Sonam Nair, the web-series talks about another lead character, Vednath Rathod, played by Mohit, who is an Indian lawyer with the sole aim to bring Kainaaz to justice. What is interesting about the story is that the character of Kainaaz is pregnant when she is jailed. After having a past life filled with adultery, assault and hate, Kainaaz delivers a beautiful baby girl in jail and names her Sheher (played by Dishita Jain). The show is based on true incidents and is about a woman named Shehnaz Parveen.

Set around the year 2005 (according to various sources), this story of Kaafir is proof of how beautiful and relevant such topics are for everyone to know about. What I liked most was that the sensitivity of the issue at hand was held on top priority throughout the eight episodes. The series begins with the introduction of Mohit Raina aka Vedanth Rathod an army kid, who lost his soldier-brother to militants. Initially, he is shown to be journalist, but the day he meets Kainaaz, a helpless Pakistani woman trapped in an unknown land, struggling to find her way back home, he decides to go back to his old profession; law.

He enters Kainaaz’s life as a ray of hope and fights for her rights for many years before finally bringing justice. Kainaaz, who spends more than half a decade in an Indian jail, falsely accused of being a terrorist, ends up giving birth in the jail itself, to her reason for living; Sheher. The clap-worthy screenplay by Bhavani Iyer (Raazi), and exceptional supporting cast Natasha Rastogi, Dishita Jain and Vikram Sahu amongst others, sealed the show to be nothing less than a success.

In reality, since the whole show was shot in Himachal Pradesh instead of J&K, cinematographer Pratik Shah left us speechless with his effective talent and set up everything to ensure that it looks believable. Thanks to the lead-duo Mohit and Dia, they have brought more to the table in terms of execution. Even in the jail scenes when Vedanth is trying day and night to ensure that justice is brought to Kainaaz keep you grappled with curiosity. Another thing to make note of is this invisible barrier even now in the 21st century between citizens of India and Pakistan.

While more and more people are striving towards a progressive future, there are still some who believe that Indians and Pakistanis can never be acquaintances. For Kainaaz too this was an issue because when her jail inmates found out she is a Pakistanis an automatic reflex set in to keep her at bay. It was through this line struggle for so many years that brought Kainaaz to realise her hidden capabilities and strengths. A treat to watch on ZEE5, and a true eye-opener, raise your hands and pay yourself if you have already watched the series.

What was your favourite part about Kaafir? Let us know in the comments box given below.

To Watch All The Episodes Of Sa Re Ga Ma Pa Li'l Champs Season 16, Click Here On Your ZEE5 Platform