Jothe Jotheyalli: An Upcoming Show On Zee Kannada That Is A One-Of-A-Kind Love Story

It is not your usual love story because, in this show, the hero and heroine have an age difference of 25 Years! Check out the promo here! 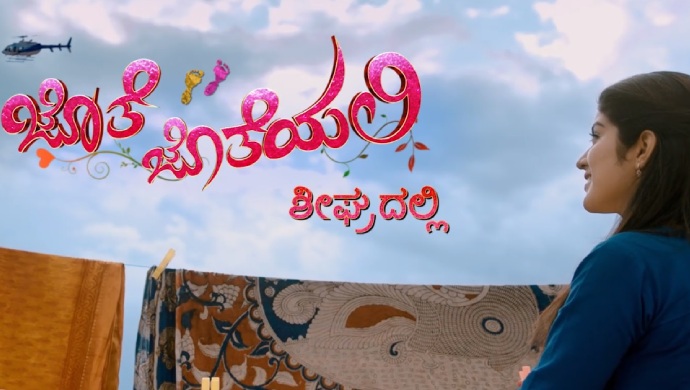 Women-centric shows are generally what all fans love to watch in the form of a daily soap and Zee Kannada is set out to do exactly that. With back-to-back hit TV serials like Kamali, Paaru, Gattimela and now Radha Kalyana, a little birdie told us that another love story is soon slated to release sometime in August, this year. The show is called Jothe Jotheyalli and we are really interested to bring this concept to you. It is a love story about two individuals, who are not only separated by financial statuses but have a huge age gap of around 25 years.

We have something interesting to show you today and it is the first official promo of the show. We’ll get into details once you have had a look.

So in the trailer, a middle-class mother is pleading to the Gods to find a son-in-law for her who at least around forty thousand per month. Immediately, her young daughter Anu complains to her mother that she is just 20, so what is the need to get her married at such a young age? On the other hand, enter the hero, 45-year-old Aaryavardhan, who looks like a rich businessman, is advised by his mother to get married at least now. He then tells her politely that half of his life has already been spent so now he won’t think of marriage or children. But how will these completely different personalities come together as one in the end? Stay tuned for the next promo to get an idea.

Are you excited about this unique story? Time for you to let us know what you think in the comments box below.

Watch your favourite Kannada films, streaming in HD on the ZEE5 platform.

Watch The Sahasa Simha Vishnuvardhan Through CGI In The Hit Film Nagarahavu, Streaming Now Only On Your ZEE5

Radha Kalyana EXCLUSIVE: 13 Unseen Pics That Indicate Radha Is In Trouble Thanks To Krish