Last week, Anu and Aaryavardhan meet under peculiar circumstances and become good friends. However, unhappy with his party, Anu asks him out on a date 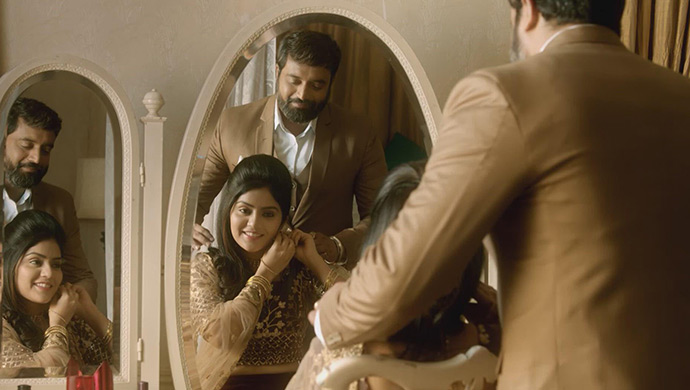 The latest show on Zee Kannada, Jothe Jotheyali, started off on 9th September 2019, on a subtle note with Anu and Aaryavardhan’s family introduction. The first episode also introduced us to Ramya, Anu’s best friend and neighbour along with Aaryavardhan’s Assistant Vice President, Keshav Jande, a loyal employee. So, the story begins when Anu, who is late for her speech, hitches an auto ride and is on her way to her college when she comes across Aaryavardhan, who is unfortunately stuck with a bicycle puncture.

Assuming that he is a common man she agrees to let him get on the autorickshaw to only to find out later about his real identity. Unfortunately for Anu, her classmates make fun of her for delivering the speech with much nervousness (as she forgot her paper with her father). But to her surprise, Aaryavardhan teaches all the students a lesson in humility and to prove his words, he then hands over a blank cheque to Anu.

Soon, her mother, Pushpa, who is a greedy woman, steals the cheque and tries to withdraw the money from the bank. Elsewhere Aaryavardhan teaches his assistant VP a shrewd lesson on how to treat other people when he finds out from Jande that his secretary, Meera, treated Anu badly when she came to return the cheque. Luckily for Anu and her father, they reach the bank just in time to stop Pushpa from doing something horrendous.

Let’s see what happened since then, shall we?

1. Anu and Subbu somehow stop Pushpa from encashing the cheque after what seems like a million efforts

2. As they are waiting, Jande tells Aaryavardhan that he found out that the family has gone to encash the cheque

3. Soon, Anu and her father start fighting with Pushpa outside the gate to return the cheque when they realise that Aaryavardhan is standing there

5. Anu then gives back Aaryavardhan the cheque, much to Pushpa’s annoyance

6. Aaryavardhan accepts to take the cheque only if Anu promises to bring her family to a party he is soon hosting

7. Meera is later forced to go to Anu’s place to specially invite the family on Aaryavardhan’s orders

8. While Pushpa is more interested to see what’s inside the invite-gift-hamper, Anu and Subbu ask her to control her excitement

9. Pushpa then goes out of her house to show off to her neighbours, who advise her to wear decent clothes to the party as everyone will be observing her

10. At the party the next day, Meera is shocked when Aaryavardhan makes Anu launch his product

11. The investors, however, are shocked when Aaryavardhan reduces the cost price of the product without anyone’s consultation

12. As a result, Meera has to bear the brunt of Aaryavardhan’s decisions

13. The next day, when Pushpa goes to boast about an awesome party to Rajani, her neighbour, the latter asks her not to get carried away as this invite was just a one-time thing

14. Rajani then tries to convince Pushpa to give away Anu’s hand to her brother’s son, in marriage

15. Meanwhile, at home, Anu dresses up quickly and leaves to meet Aaryavardhan (whom she had promised to show what an actual party is)

16. Upon reaching the office, Meera and Jande are shocked to learn that Aaryavardhan and Anu are going out and that too in an auto

17. Having no other choice, Meera then assigns Jande to secretly follow Anu and Aaryavardhan

18. When Anu finds out that Aaryavardhan is being followed, she somehow gives Jande a slip and asks her party-mate to switch off his phone

Is this a date between Anu and Aaryavardhan? How will it turn out to be? Stay tuned for the next week’s update to find out.

Jamoons Are Chaithra Rao’s Favourite, Try This Quick And Easy Recipe If You…

Huliraya Teaches Us About Humility, Happiness & Life. Have You Seen This…

Watch Raambo 2, That Focuses On A Peculiar One-Day-Date That Turns Out To Be A Disaster, Streaming Here On Your ZEE5