Jothe Jotheyali: Here’s How Anu Has Been A Good Luck Charm For Arya On Various Occasions

Anu has always saved Arya from all kinds of trouble. Here’s how she has been a good luck charm for him. 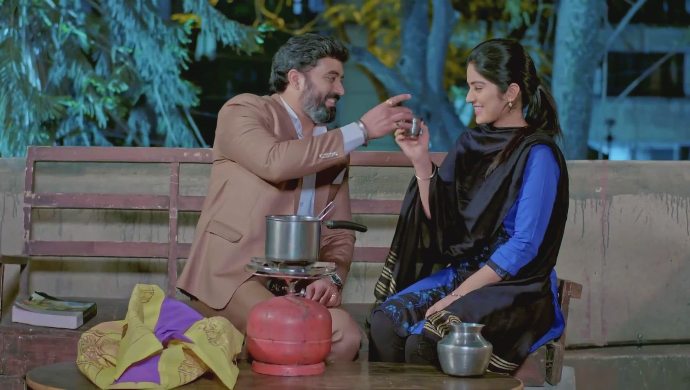 Jothe Jotheyali the #1 show in the Kannada television industry right now and it’s all because of the complex and intriguing love story shown between Anu and Arya. Those who follow the show closely must have realised that Anu has been a source of good luck and a saviour by all means to Arya. Today, we take a detailed look at the same.

From the very start, Arya has been a believer of love and having a partner at an age that he didn’t think he could. Anu has always accompanied and supported him. Her love for Arya has helped him believe that everyone deserves happiness no matter what the age and nothing is wrong with the same. We also see the importance of Anu in his life when he decides to go to London for a conference but instead goes and meets her. As a result, Arya misses his flight but later discovers that the same turned out to be a good decision as Jhalander had a full-proof plan to attack him in London.

The other time that she comes in to save him is when Jhende locks him up in a house in order to protect him from Jhalander. However, Arya goes to a restaurant to meet Anu where Jhalander plans an attack against him. Anu comes in the way without even realising the same which then gives Arya time to capture Jhalander’s men. The latter, too, realises that Anu has been instrumental in saving his life on two occasions.

We also see that Anu sends Arya a note to meet him in the park which is mistakenly read by Neel. When he reaches the park, he gets a call from Jhalander which Arya notices. This allows him to discover the connection between Jhalander and Neel after which the latter is sent to Australia.

Tell us what you think and catch all the episodes of Jothe Jotheyali exclusively on ZEE5!