Jothe Jotheyali: Find Yourself A Pal Like Sampath Is To Anu!

Sampath is the best friend that everyone needs in their life. Read on to find out what makes him so special 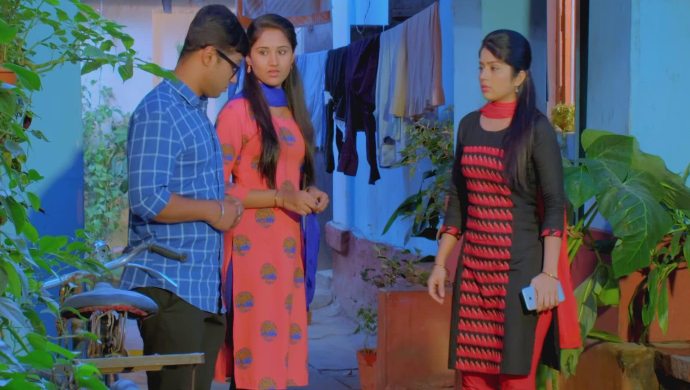 In Jothe Jotheyali, we see that Sampath, who is Ramya’s cousin, has developed feelings for Anu. Ramya’s parents have also tried to set up his marriage with Anu. However, she expresses her disinterest in the same and tells them that she would like to focus on her studies. She also goes on to join Arya’s company after which she falls in love with him.

Sampath, in the midst of all this, tells Anu that no matter what happens, he will always love her and support her in everything she does. She also confides in him and tells him that she has developed feelings for Arya. Keeping aside his love for her, he tells her that he will help them unite.

We see Sampath being there in the time of need when Anu tries to go and meet Arya who is leaving for a conference in London. Sampath tells her that she will get late if she takes public transport and volunteers to help her on that day.

Another instance where he helps her is when Arya falls sick. As it is late in the night, Anu finds it difficult to meet Arya who is ill. Just then, Sampath tells her that he will take her to meet Arya as it is not safe to leave the house at that hour of the night.

When Anu puts up the 24-hour challenge of not meeting Arya, it is Ramya and Sampath who try to get the two to meet each other within the time span, failing which he will not confess his true feelings for her. In such ways, he has been able to support Anu.

Tell us what you think and catch all the episodes of Jothe Jotheyali exclusively on ZEE5!

Inspired By Nigooda Ratri, Here Are 5 Places In Coorg That You Must See After The Lockdown