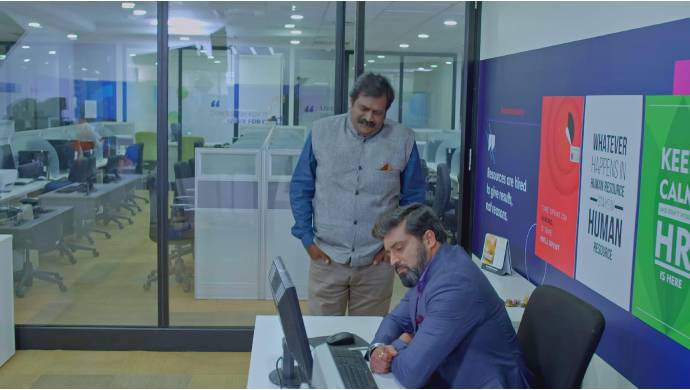 In the previous episode of Jothe Jotheyali, Arya picks up a fight with Anu and calls her self-centred. When she tries to convince him to take his tablets, he breaks the glass of water and Anu cuts herself. Arya feels guilty and is very lost after that. Elsewhere, Meera burdens Anu with extra work.

In this episode, Anu tries to seek help from Arya for her research project that Meera has asked her to do. In return, he passes sarcastic comments saying that she could have asked him directly if she wanted his help. He also says that she could have asked anyone else for help but decided to do otherwise. Anu stops him from shouting at her and accuses him of not listening to her point of view. Anu leaves the room as Arya gets a call. She goes back home where her father is complimenting his wife for her cooking who says that Anu should have taken some food for Arya but suspects that there is some problem between the two.

When Anu comes back home, they advice her to seek help from Arya on any work-related matters. Meanwhile, Jhenda finds Arya reminiscing at Anu’s desk. He tries to have a conversation with Arya about Anu, but Arya constantly denies having any feelings. Eventually, he gives into the conversation and tells Jhenda that he does not know why he is feeling the way he does.

He concludes the conversation to say that we can’t control a few situations in our life. Anu, on the other hand, finds other ways to complete her research.

Catch all the episodes of Jothe Jotheyali exclusively on ZEE5

Gattimela 5 December 2019 Preview: Vedanth asks Amulya to send him a picture of herself