Anu comes to the office. She talks to Arya asking him why Neel was sent away to Australia. 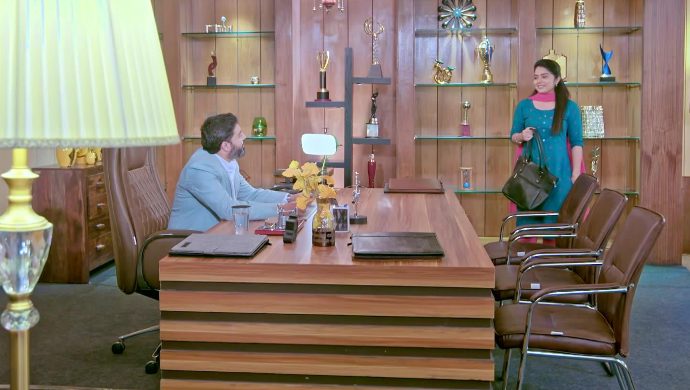 In the previous episode of Jothe Jotheyali, Jhende comes to the hospital to see a man who has been beaten up and admitted there. He leaves a letter for him telling him that he has created damage in a way that it will hurt Arya in an unimaginable manner. Later that day, Arya and Jhende are talking in the office where Arya asks himself why he didn’t pay more attention to Neel and that he should have been more careful.

In this episode, Anu asks Arya why Neel was sent back to Australia. She asks him many questions such as why he came to the park and who it was that spoke to him on the phone. Arya tells her that he has gone back to Australia to study. He also tells her that people come and go and she mustn’t think too much about anything. In addition to that, he tells her to talk to her parents about keeping her job. He orders her not to take any step without asking or telling him. Anu, in return, says that she will listen to what he says as she likes the way he orders her. The two share a romantic moment. Anu leaves to talk to the rest of the employees at the office. Before leaving, she thanks him for ordering her to approach him for everything as it gives her more confidence and tells him to say hi to the plant that she gave him.

Meanwhile, Meera is in a fix. She blames herself for everything that happened with regard to Neel. She tells Jhende that it was a genuine mistake and feels extremely guilty about it. When she tells him that she must seek forgiveness, Jhende tells her not to say anything about Neel and to forget about the past. Meera also asks Jhende what harm has Neel caused for him to be sent away. Jhende doesn’t tell her anything in detail. However, she goes on to talk about how Anu has taken her place in the office and she does not like that at all. Jhende tells Meera to do whatever she wants.