Arya and Jhende let Neel go and they also decide that it is time to confront Jhalander. 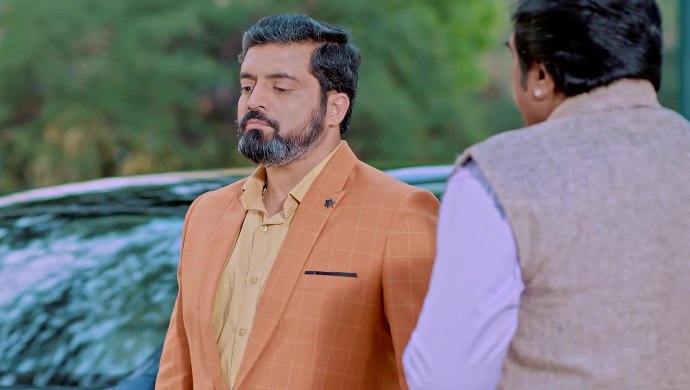 In the previous episode of Jothe Jotheyali, Neel has been captured by Jhende and Arya who question him about his relationship with Jhalander. Neel honestly tells both of them that he has not given out any information to Jhalander since the two have been together. Jhende asks him if he is trying to be sentimental and get away with the fact that he has joined hands with him. Anu, meanwhile, catches an auto to go back home, not knowing that the driver is Jhalander.

In this episode, Arya wishes Neel all the luck and tells him that he will become big someday and leaves. Jhende tells Neel that his flight ticket along with his college admission will be arranged. He apologies to Jhende and hugs him. Jhende consoles him and leaves. Outside, Jhende and Arya talk about Jhalander where they both decide to go and confront him.

Anu, on the other hand, is thinking about an encounter with a blind man who tells her that she mustn’t trust or have faith in anyone. However, she also thinks of how Arya has always said that trust is everything and we must always have faith in ourselves as well as others. Just then she sees Ramya and calls her to share this confusion with her. As Anu is being absolutely vague, Ramya is in a fix too. She tells Ramya that everyone has a different opinion on life which is causing all the confusion in her mind.

Elsewhere, Mansi is trying to seek Sharada Devi’s attention. Mansi taunts Sharada Devi and tells her that she never wants to listen to her. She also questions her whereabouts as she suspects that she had not really gone to visit the temple and went somewhere else. However, Sharada Deci does not reveal that she went to meet Anu. Mansi tells Harsha never to hide anything from her in a way to taunt Sharada Devi as she is sure that something is being hidden.

Jhende and Arya, meanwhile, have gone to confront Jhalander.