Subbu visits Arya in his office, and tells him that Anu must complete her studies, before he takes her to London. 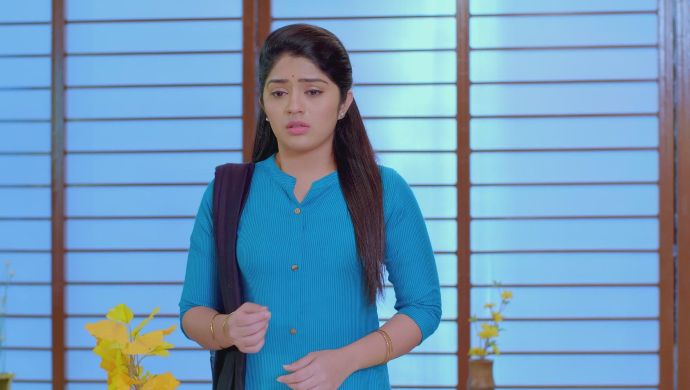 In the previous episode of Jothe Jotheyali, Subbu is upset knowing that Anu might be going to London. When Pushpa asks him why he looks pensive, he tells her that he is feeling a sort of unrest in his heart. Pushpa tries to console him. Later that night, Anu excitedly talks to Subbu about her trip and tells him a list of things that she will have to buy, before she leaves for the conference. Subbu tells her that she should have sought his permission, and tells her to complete her studies, instead of going for the trip. Anu gets disappointed.

In next week’s episode, Subbu visits Arya’s office. He tells him that he does not have too many friends and his best friend is Anu. He gets emotional and tells Arya that Anu must complete her studies, before she can take the next step in her career. He also tells Arya that he has thought about this peacefully, before he decided to talk to him. Anu, who is standing next to Arya, begins to cry. Arya falls short of words and continues to listen to Subbu.

Catch all episodes of Jothe Jotheyali exclusively on ZEE5!