Neel comes to the park as he mistakenly receives Anu's letter to Arya. The two have a conversation as Arya joins in too. 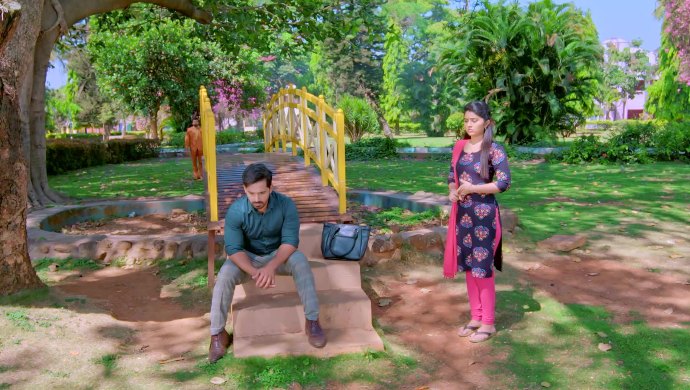 In the previous episode of Jothe Jotheyali, Ramya tells Anu not to listen to Jhende and to clear out the air by just telling him everything. Ramya also advices her not to break the trust that Arya and her share and encourages her to meet Arya that very day. Anu seems sceptical about the same. Later that day, Anu visits the office but does not meet Arya. She gives FM, the peon, a letter to give Arya asking him to meet her at the park that evening.

In the next episode, Neel has already met with Anu in the park. As the two have had a serious conversation, Neel is sitting and thinking to himself just as Anu is. Anu is also confused as to why Neel has come to meet her at the park and how he knew she would be there. Just at that moment, Arya comes to the park. Anu is surprised to see him.

EXCLUSIVE: Naagini Actress Deepika Das Has A Major Crush On This Bollywood…

COVID-19: Bat carcasses found in UP village sent for tests to Bareilly