Anu gives FM a letter for Arya that accidentally reaches Neel. Arya and Neel both reach the park to meet Anu. 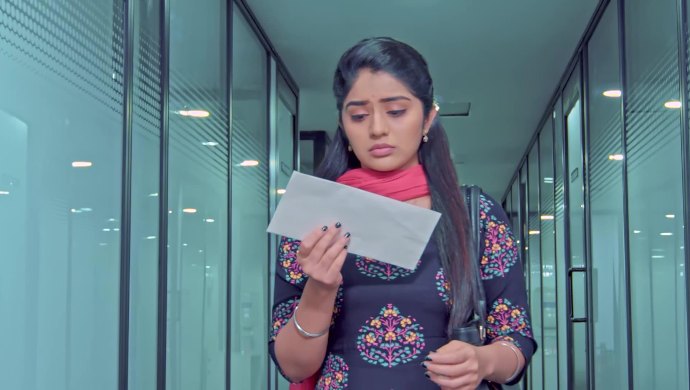 In the previous episode of Jothe Jotheyali, Arya and Harsha talk about the former’s relationship with the plant that he was gifted by Anu. When Mansi says that Arya has changed a lot, Sharada Devi says that it’s for the better. Mansi doesn’t agree to the same. Meanwhile, Subbu tells Pushpa not to wake Anu up as she must be tired from studying continuously. Anu wakes up just then and tells her parents that she has decided to find herself a new job.

In this episode, Ramya tells Anu not to listen to Jhende and to clear out the air by just telling him everything. Ramya also advices her not to break the trust that Arya and her share and encourages her to meet him that very day. Anu, who seems skeptical about the same, tells her that she is scared to hurt Arya but Ramya tells her not to take what Jhende said too seriously as he should only trust what Arya and her share.

Arya, on the other hand, has reached the office. As he is passing by Anu’s desk, he sees it and smiles to himself knowing that she will be returning to the office after several days. Just then, Neel enters the room to see Anu’s desk. While he looks upset with something, the other employees in the room begin to talk about how Neel is excitedly waiting for Anu to come back to the office. Neel, however, is lost in his own thoughts.

Arya is waiting for Anu to come and is wondering why she is late on this day when Jhende tells him not to wait for her as she will not be coming in. Arya asks him what he said to Anu that is stopping her from coming back. He also has an emotional moment with Jhende when he asks him to understand his feelings for Anu instead of being so rigid.

It Was A Hyper-Active Role: Vihan Gowda On Playing The Role Of Karthik In…