Anu is sitting in the park, lost in thought when Neel comes to meet her. 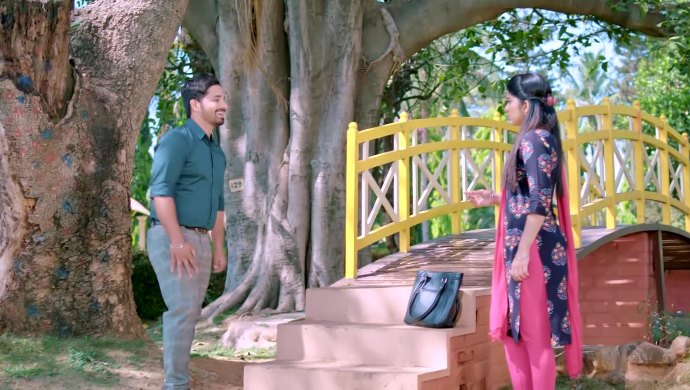 In the previous episode of Jothe Jotheyali, Arya and Harsha talk about Arya and his relationship with the plant that he was gifted by Anu. When Mansi says that Arya has changed a lot, Sharada Devi says that it’s for the better. Mansi doesn’t agree to the same. Meanwhile, Subbu tells Pushpa not to wake Anu up as she must be tired from studying continuously. Anu wakes up just then and tells her parents that she has decided to find herself a new job.

Anu is sitting at a park, lost in thought. She is in a fix about whether to quit her job at Arya’s company or to go against Jhende and meet him anyway. Just as she is thinking, she hears a man’s voice calling out her name. As she turns around excitedly to think that it is Arya who is calling her, it turns out to be Neel. Anu gets disappointed.